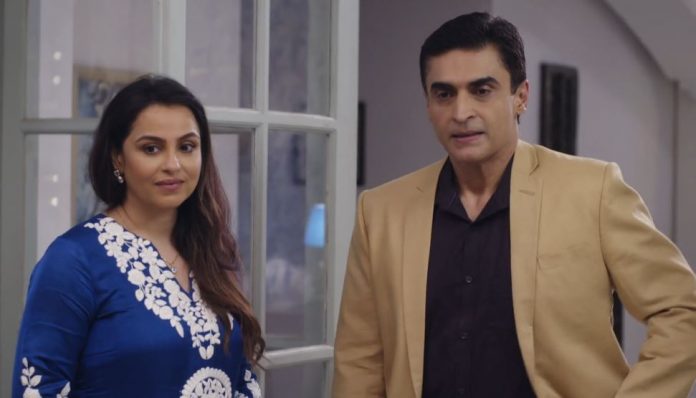 Sanjivani Shashank Juhi Love twist to stun next Ishani and Sid’s usual arguments doesn’t end soon. Sid starts liking her. He angers her by commenting on her weight. Ishani tells him that she is trying to get the network signals. Anjali gets a surprise gift from Juhi. She thinks Vardaan has sent it. She goes to thank him. Vardaan tells her that he didn’t send anything. Juhi tells Anjali that she has sent the gift to give her best wishes. Anjali returns the gift. Juhi asks her to accept the dinner invitation. She wants Anjali to talk out her frustration and annoyances so that they can find a way out. She doesn’t want Anjali to hold any grudge against her. Vardaan feels Anjali should find out what are Juhi’s motives. He asks Anjali to meet Juhi for dinner and know her agenda.

Anjali doesn’t get willing. Vardaan tells her that she must keep her enemies close. Anjali agrees to him. Asha tells Rishabh that she knows his evil truth that he had defamed Ishani by exposing the truth about her parents. Rishabh denies it at first. She gets clever to make him confess his crime. She threatens of exposing him. He confesses his crime and then threatens of ruining her career, being her senior. She records his statement in her phone.

He tells her that he will end her career and then she will have to get married as per her parents’ wish. Asha doesn’t want her career to end. Rishabh admits that he had plotted Ishani’s defamation to spoil Sid’s image. Rishabh had to do this to stop Ishani and Sid from dominating Sanjivani. Rishabh asks Asha to assist him in the big cases and hide his truth. Asha gets helpless to save her career. Aman wants to bash up Rishabh for threatening Asha. Asha tells him that Rishabh can end their career. She knows Sid is innocent.

She wants to reveal Sid’s truth to Ishani too. Sid and Ishani manage to call Asha and pass the important message. They succeed in saving Neil’s father. Later, Anjali meets Juhi for dinner. She vents our her annoyance on Juhi’s insistence. Anjali is angry that Juhi has always taken priority in Shashank’s life. She scolds Juhi for always coming between Shashank and her. Juhi tells Anjali that Shashank loves his daughter a lot. Anjali doesn’t think so. Juhi wants to sort their issues. She invites Shashank for dinner as well. She asks Shashank and Anjali to sort their differences. Shashank gets a shock on seeing Anjali, knowing Anjali is aware of his feelings for Juhi.

He doesn’t want Anjali to tell the truth. Anjali tells Shashank that Juhi has the right to know the truth. Anjali reveals that Shashank had feelings for Juhi. She tells Juhi that Shashank loves her a lot. Juhi can’t accept this shocking truth. She wants to know the truth from Shashank, who is left speechless after Anjali’s revelation. Sid wants to work with Ishani. Ishani wants to know Sid well. Ishani apologizes to Sid. Ishani enters Sid’s world to know him more. Shashank gets embarrassed to face Juhi.