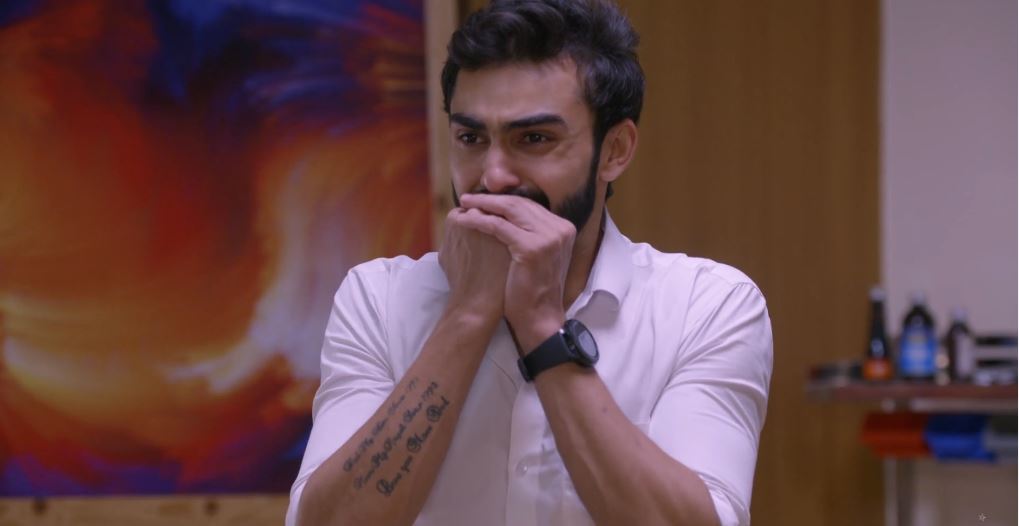 Yeh Hai Mohabbatein Yug accused for a heinous crime Natasha doesn’t let Raman get back to Bhallas. She insists Raman to take her home, since she has a bad sprain. Raman helps Natasha. He is unwilling to listen to her, since he is playing Shardul. Natasha doesn’t care if he is Raman or Shardul. She just wants to take his help in getting her diamonds. Ishita and Simmi suspect that something is fishy. They call Raman, and fail to reach him. They worry since they don’t trust Natasha. Ishita wants to reach home and find Raman. On the other side, Karan and Sunil get into a big argument.

Karan reprimands Sunil and Natasha for breaking their mental peace. He tells Sunil that he will not spare him now. He wants to complain about him. Sunil doesn’t think Natasha is at fault. The argument goes ahead. Karan and Sunil reach home and find Raman with Natasha. Raman doesn’t want her family to believe Natasha. Raman tells them that Natasha was hurt. Natasha lies to them. She reveals about her romantic date with Raman. Ishita doesn’t find Raman at home. She realizes that Raman is at Natasha’s place. She rushes to meet Raman and Natasha. Natasha and Ruhi have a catfight.

Ruhi warns Natasha to stay away from Raman. Natasha gives them a proof that Raman was really close to her, just like Shardul. She also sends the picture to Arijit. Arijit wants Raman and Ishita to get separated. He is happy that Natasha is breaking the lovely couple. He believes that Raman and Ishita won’t be able to survive Natasha’s evil plans. He wants Natasha to win. Raman tells Karan and Ruhi that Natasha is lying. He wants to explain the scenario to them when they go home. He can’t reveal about his drama to them in front of Natasha.

He fails to take them home. He gets help when Ishita reaches there. Ishita knows Natasha’s motive to divide them. She summons the family at home to discuss their plans against Natasha. Arijit wants a good news that Raman has lost her identity. He applauds Natasha for her plans. Raman and Ishita reveal their plan to their children. Raman tells them that he hates Natasha and wants to avoid her. He tells them that Natasha is convinced that he is Shardul. Ishita tells Raman that he should continue the drama. She doesn’t trust Natasha. She shares her worries with Yug. Raman meets Natasha again. He wants to know his hidden enemy.

Yug and Karan want to help Raman by finding Dr. Mishra. They find the doctor murdered. Yug gets accused for the murder. Karan knows Yug is innocent, but gets helpless. He informs Raman and Ishita about their hidden enemy’s new trap.