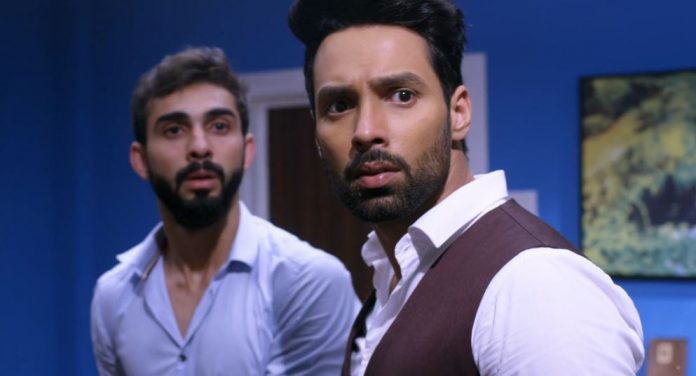 Yeh Hai Mohabbatein Karan Yug land in huge mess Ishita is stressed about Natasha’s claims. She feels her plan isn’t right. She thinks she is inviting troubles by sending Raman as Shardul to Natasha. Yug assures her that he will expose Natasha’s truth and soon free Raman from this madness. Ishita wants Yug and Karan to find a solution soon. Meanwhile, Raman is worried that he has to meet Natasha again. He shares his insecurities with the family. He tells them that Natasha can’t be trusted and it maybe a trap for him. The family asks him to meet Natasha at a public place than her house so that Natasha doesn’t come up with any weird plan. They also want Raman to succeed.

Raman and Ishita message Natasha to fix a meet. Natasha doesn’t reply soon. She wants Raman to get desperate for her reply. Arijit calls up Natasha and asks her to make new plans to trap Raman. She tells him that she has already for the lunch invites. She wants to anger Raman. Arijit tells her that he should not delay more and meet Raman. He finds her getting lazy in her plans. He wants Raman and Ishita to suffer. He goes to meet them at the office. Ishita looks upset.

She doesn’t share her tensions with family. Later, Karan meets Sudha, who helps him with the doctor’s whereabouts. She asks him to stay careful and not fall in any trouble. Karan promises to make proper plan. He informs Yug that Sudha has found Natasha’s doctor. He also wishes that they reach Raman’s surgeon soon, so that the surgeon can prove Raman’s identity. Raman tells Ishita that he doesn’t want to go for the meet alone. Ishita asks Simmi and Aaliya to accompany Raman when he meets Natasha.

Raman makes a health excuse to make a leave from the office. Arijit learns Yug and Karan’s plan that they are going to meet then doctor. He doesn’t want to get exposed. He plans to trick Yug. Arijit gets the doctor murdered by Bhuvan. Arijit and Bhuvan call Yug there and frame him in the murder case. Karan learns that Yug has gone to meet the doctor. He realizes that its a trap for Yug. He rushes there and finds Yug at the murder spot. He fails to help Yug who get accused for the murder. Natasha spikes Raman’s drink to take him to the electronic locker. Simmi and Aaliya keep an eye on Natasha to know her real motives.