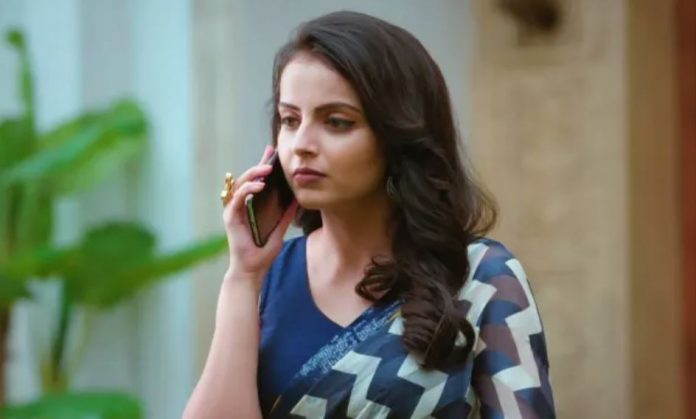 Ek Bhram Highlights Pooja faces death WHY Kabir and Pooja spend some quality time. They express love for each other. Chanda asks them what’s happening. She tells them that they are in love and cheating everyone. She feels Pooja is trapping Kabir and even he is acting in front of the family. She runs to call the entire family. Kabir scolds Pooja in front of the family. Pooja tells Kabir that she knew Chanda will do this. Chanda tells the truth to Jai and Rani. Rani believes Chanda. She asks Jai to take the property from Pooja. She asks him to get Kabir and Pooja’s sign on the papers. She instigates Jai, who goes to Kabir.

Jai tells Kabir that he wants to join the office and earn for himself, than becoming a burden on family. When Jai goes insisting, Kabir agrees to him. Kabir wants Jai to finish his studies too. Kabir tells him that he will make a cabin ready for him soon. He loves Jai a lot. Jai feels guilty to cheat him, but Rani brainwashes him further against Pooja. Rani tells Jai that he should not leave his rights. She asks Jai not to step back from their plans. Kabir tells Pooja about Jai’s request. He doesn’t want Jai to join the company so soon by leaving studies. He is worried for Jai. Pooja changes the house name.

She shows Prem Mansion board to Kabir. She tells Kabir that he shouldn’t tell Dada ji that she has done this. When Dada ji gets happy and blesses Kabir for keeping his word, Kabir tells him that Pooja has done this. Dada ji forgives Pooja and feels she has really changed. He blesses them. He asks Suman to forgive Pooja. Suman doesn’t want to forget the past. She refuses to accept Pooja. Kabir and Pooja get together when they face Suman.

They try to convince their mothers. Suman believes that Pooja is trying to win hearts for a motive. Rani conspires to snatch the property from Kabir. Pooja hinders Rani’s evil plans. She doesn’t let Kabir sign the papers. Some goons attack Jai. Kabir and Pooja rush to save Jai. Pooja takes the fatal risk and saves Jai from the goon’s attack. Will Pooja get stabbed? Keep reading.