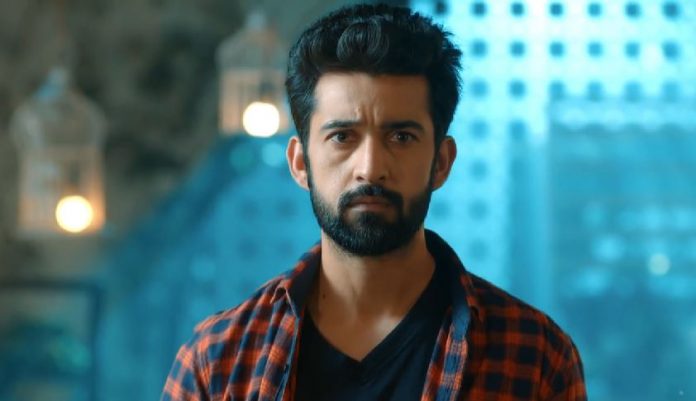 Star Bharat Quick Snips 19th September 2019 Sufiyana Pyaar Mera Kainat takes a disguise to meet Saltanat. She doesn’t want Saltanat to recognize her. Saltanat recalls Kainat’s evil and faints in fear. Krish tells Madhav about Saltanat. Madhav calls a doctor for him and learns that Saltanat fainted by shock. Madhav wants to know who had come home and gave this shock to Saltanat. Kainat doesn’t want to get caught. She knows that Saltanat won’t identify her changed faced. She wants to take advantage of her new face. Madhav cares for Saltanat. Indu asks him why is he caring for an enemy.

Madhav tells her that his humanity didn’t end, he will kill Kainat when she gets her memory back. He wants Kainat to know her crime. Madhav takes Krish and puts him to sleep. When he finds Saltanat with Krish, he scolds her for bonding with his son. Krish asks Madhav not to scold her. He asks Madhav to apologize to Saltanat. Kainat enters Madhav’s house once again to know the truth. Zainab will be getting conscious. She will try to tell Kainat’s truth to Zaroon.

Muskaan: Amma asks Muskaan to leave the house. She doesn’t want Muskaan to return to them. She tells Muskaan that the village men will not leave her after she gets punished. Maalik gets close to get Ronak and Muskaan’s picture. Ronak wants to save Muskaan from the big punishment.

Nimki Vidhayak: Mintu wants to know who is Babbu Singh. He thinks of Nimki who called him Babbu and ran away. He tells Dadi that he won’t have any relation with Nimki. Abhimanyu asks Nimki to talk to him. Nimki thinks why is she seeing Babbu’s ghost. She gets afraid. She thinks maybe that man wasn’t Babbu. Abhimanyu sees her in bridal dress. He thinks if she has married someone. He asks Nimki to answer him. Ganga asks Mishra why didn’t he come in the assembly. She wants his answer. Nimki tells the family that she united two lovers, the girl Radhika is Mishra’s sister.

She tells him that the groom’s friend also helped her. She doesn’t tell them about Mintu. Mishra tells Ganga that Radhika eloped and got married. He wants to take revenge on Nimki for helping Radhika. Ganga wants to know about Nimki. Abhimanyu asks Nimki not to take risk, Mishra is a dangerous man. Mishra learns that Nimki had helped Radhika in eloping. Nimki thinks of Babbu’s tortures. Mintu thinks of Anaro, who also called him Babbu. He wants to know who is Babbu and how is his life related to him. Nimki and Mintu meet again at the hospital.