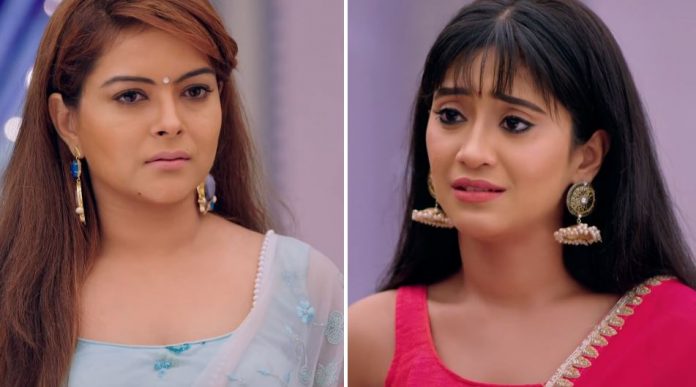 Yeh Rishta Highlights Today Luv Kush entry awaited Vansh tells Kairav that he is tired of playing video games, he wants to play football. Kairav apologizes as doctors didn’t permit him to play. Kartik and Naira break the good news that Kairav has fully recovered and he can now play, jump and enjoy any sports. They ask Kairav to play as he wants, he is fine now and will not be restricted. Goenkas are happy that Kairav got fine. They play football with him. Surekha asks them to celebrate happiness and not feel low because of her. She rejects Akhilesh’s calls. Naira offers her support. She tells Surekha that she will always stand by her.

Dadi asks Kartik to get new cycle for the kids. She wants the kids to play every sport. Manish also supports the kids’ sports plans. Naira is happy seeing Kairav. Vedika wants Kairav to get away. She can’t tolerate Naira anymore. Naira is helpless to stay back because of Kairav, who refuses to go to Singhania house. He wants to stay with Goenkas. He wants to spend time with Kartik and play games with him. Kartik too gets madly happy that his son has recovered. He wants to play with Kairav and express his happiness. He feels like dancing.

He gets extreme happiness with the thought that his son is fine. On the other hand, Manish and Dadi are bothered by Akhilesh’s calls. They feel ashamed of Akhilesh’s doings. They didn’t expect Akhilesh to break their trust and dreams in this manner, that they get speechless to answer anyone. They don’t know how will they break this shocking news to Akhilesh’s children. They want Surekha to handle the children. They leave the decision to Surekha if she wants to divorce Akhilesh or reconcile with him for children’s sake.

They decide to give some time to Surekha and then tackle the problem post Ganpati Visarjan. Manish is also worried that Naira is posing a trouble for Vedika’s marriage. He wants Kartik to stay happy. At the same time, he doesn’t want any injustice to happen with Vedika. Dadi tells him that they will talk to Naira and try to find a solution. Manish takes Akhilesh’s call and compares him with cheap Aditya, who did the same with Kirti. He clears to Akhilesh that Goenkas will never forgive him. Dadi wants her family to stay happy. She feels tangled in the relations. She leaves everything on fate.

Naira cries out her pain that she has to snatch Kairav from Goenkas once again. She regrets that she will be doing wrong with Kairav and Kartik as well. She doesn’t know what to do, since agreeing to Vedika’s wish would mean snatching Kairav from Kartik again. She seeks Suwarna’s advice. Suwarna has no idea that the complicated matter seems to have no solution. She is also attached to Kairav. She doesn’t want Kartik to slip in the same phase again. Suwarna offers support to Naira like a mother.

Vedika gets insecure seeing them. She didn’t win Suwarna’s love till now. She feels Naira has a strong presence in the family, who don’t want her to leave. She wants to know what is her fault when she didn’t snatch anyone’s right and happiness before. She wants justice and pleads to Bappa. She feels Naira is snatching her rights slowly. She doubts on Naira’s intentions. She doesn’t want to lose her rights on Kartik. She feels nobody is seeing her pain, which is very unfair. She asks Naira to leave from the house soon. Naira gets disturbed because of Vedika. Kartik goes to meet Kairav.

He happens to meet Naira, who shares Kairav’s childhood stories with him. She gets emotional seeing Kartik loving Kairav so much. Kartik tells her that he had missed a lot of Kairav’s growing years since birth. He feels upset that he has missed the most of Kairav’s childhood. She shares Kairav’s childhood instances. They talk for long hours and falls asleep. Kairav gets happy on finding both his parents with him. He tells Vedika that his parents are together. Vedika can’t believe that Kartik and Naira are sharing the same bed. She didn’t know that Kairav was with them. She doubts on Naira further. She scolds Naira for snatching her rights and stooping low. Luv Kush will soon enter the family to confront Akhilesh for his big cheat. 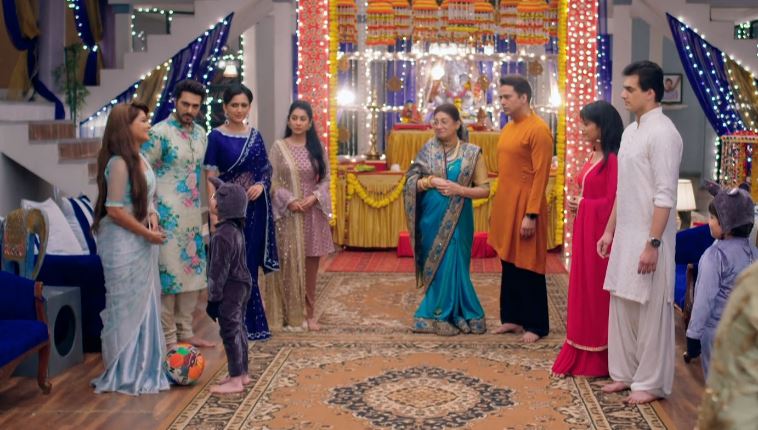