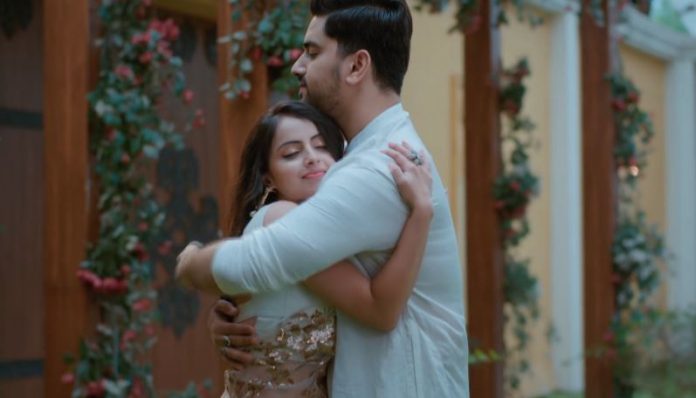 Ek Bhram off air today on a happy note Pooja wants to leave the house. Pooja’s mum wants to go along. She slaps Rani in anger. Pooja tells her that she has to find a house and job so that she can take her mum along. Pooja gets emotional while she parts ways with her mum and Kabir. Kabir gets upset seeing Pooja leaving. Rani calls Pooja and lies to her that her mum left the house. Pooja gets worried. Rani asks Pooja to reach the godown. Kabir learns that Pooja has gone towards the godown. He senses that she is in big problem. Kabir wants to save Pooja. He suspects Rani’s plans. Pooja doesn’t find her mum there. She meets Rani and asks where is their mum.

Rani tells her that her mum is at home, but she called Pooja to kill her. She wants to get Kabir. She tells that she wants to marry Kabir. Pooja asks Rani to kill her if she gets happiness doing this. Kabir looks for Pooja. Kabir drops the lighter by mistake. The place catches fire. Rani tries to kill Pooja by burning her alive. Kabir finds Rani and Pooja in the middle of the fire blaze. Rani also gets trapped in her own plans.

Pooja asks Kabir to save Rani instead her. Rani gets a huge shock when Pooja is ready to sacrifice her life for her. Pooja asks Kabir to leave her and just save Rani. Rani gets emotionally broken down. She apologizes to Pooja. Kabir rescues Rani’s life. She runs to save Pooja next. Rani recalls her crimes. She thinks she doesn’t love Kabir, but it was just her ego. She repents a lot. Kabir saves Pooja as well. He takes both of them home.

Rani apologizes to everyone and admits the long list of her crimes. She begs Suman to forgive Pooja. The family learns Pooja isn’t evil as they thought, it was Rani who was playing with their emotions. Suman forgives Pooja. She accepts Pooja as Kabir’s wife. Pooja and Kabir have a happy ending with an emotional scene with their families.