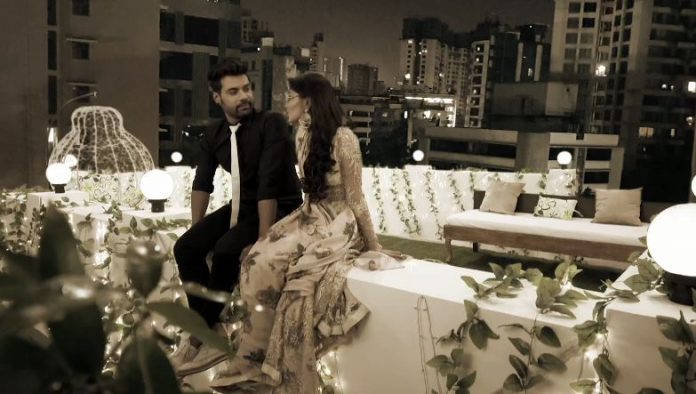 Kumkum Bhagya Selfless love for Abhi next Abhi wants to suffer from fever since he can take good rest at home. Purab asks him why didn’t he inform him before. Meera takes care of Abhi. Abhi tells them that he wants to fall ill again. Meera loves Abhi a lot. She wants his love. She gets emotional hearing him. Mitali observes Meera’s feelings for Abhi. She doesn’t want Meera to fall for Abhi. She wants Pragya to come back. She knows Abhi can never love Meera. She wishes Meera doesn’t face a heartbreak. Ranbir is angry that Prachi doesn’t like him. He doesn’t think she is sensible. He tells Aryan that he isn’t jealous of Rishi.

Ranbir doesn’t accept that he is in love with Prachi. Rishi’s friend follows him and meets Sarita. She apologizes to Sarita. Pragya forgives her. Sarita tells Rishi about the girl, who fought with her in the market. The girl wants to make her terms better with Sarita. She hopes to sort their issues. Disha meets Purab again. She didn’t know he is also present. Disha asks Purab why did he call her. She assumed that Abhi called her for a meet. Purab wants to clear the facts to her. She wants to know what he wants to comment on her life. He doesn’t want to interfere in her life. She is glad that he got some sense.

Disha still thinks that Purab cheated her. She wants to know the complete truth if he has something else. She questions him about his second marriage with Aaliya. She doubts on his intentions. She doesn’t think his love was true. She asks Purab to see Abhi’s true love for Pragya, who didn’t move on either. She is proud that Abhi and Pragya are still loyal towards each other. She tells him that he could have stayed single like Abhi, instead of remarrying. She is angry on him. Rishi gets angry on his girlfriend for spying on him.

She breaks up with him. She tells him that she has no feelings for him. She assures that their past won’t repeat now. Abhi meets Vikram. He expresses his anger that Vikram didn’t give any party post bagging the big contract. Abhi teases Vikram. They get into a cute kiddish fight. Meera wishes her love reaches Abhi’s heart. Vikram wants Abhi to see Meera’s love.