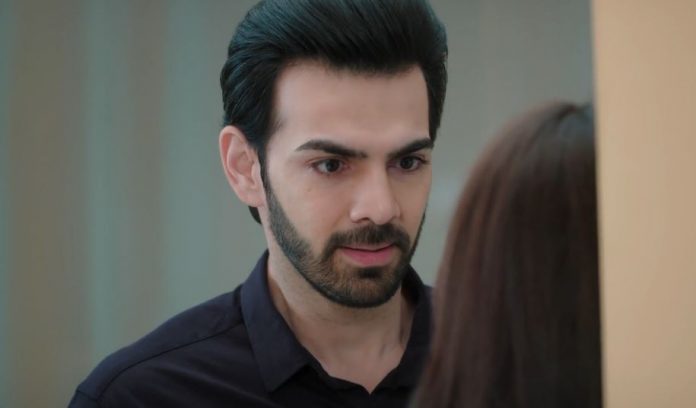 Kahaan Hum New Twist Rohit Funny avatar to win in-laws Sonakshi meets Raima, but doesn’t identify her. She speaks to Raima to know their connection. She asks Raima when did they meet before. Raima reacts seeing her. Raima’s mum tells Sonakshi that she doesn’t know this either. Sonakshi helps Raima recover. She wants Raima to get fine, so that her mum’s long wait ends. Sonakshi tells the doctor that she will stay for more time. She wants to put efforts in Raima’s recovery. Rohit reaches there to meet Sonakshi. He wants to profess his love. Raima reacts again on hearing Rohit’s name. Rohit gets shy to confess his feelings.

Sonakshi gets busy in getting the selfies clicked with fans. She tells Rohit that she is busy and they will talk later. He tells her that he couldn’t complete his talk in front of the crowd. He goes with her to Raima’s ward. He doesn’t see Raima. Sonakshi asks him to go. Raima sees him and gets hyper. Nurse calms her down. Rohit tells Sonakshi that he started liking her and realized that its love. He tells that he always feels happy when she is with her. He tells her that fate brought them together. He goes on saying I love you.

Sonakshi falls for his sweet smile. She asks him if he is sure of his feelings, knowing Raima was his love. He tells that he didn’t know when he fell in love, Raima is just his past, which can’t change. He asks Sonakshi to accept his love. He knows she loves him too. Rohit tells her that he loves her only. Sonakshi gets too happy. Her dream turns true on hearing his love confession. On the other hand, Rohan vents anger on Tanya for interfering in his work. He tells her that he won’t cancel the contract with Pari.

He tells her that Pari will be the best face for his company. He doesn’t want to sign Pooja. Tanya is worried. Yash’s mum angers Tanya more by taunting her. She asks her not to upset Rohan by taking Pooja’s side, who isn’t family. Sonakshi and Rohit leave from the hospital, while Raima mentions about the date when she met Sonakshi. Doctor wants to ask Sonakshi about the incident, common between Sonakshi and Raima. Rohit and Sonakshi’s love drama changes into real. He tells her that he knows her immense love for him. He teases her. Sonakshi blushes.

She tells him that she will tell Suman about their love when few things sort down in her family. Rohit is ready to wait. He doesn’t want to hurry for the marriage. Rohit and Sonakshi decide to meet Suman together. Rohit wants to impress Suman and prove to her that he is the best suitable guy for Sonakshi. Rohit meets Sonakshi at her house and spends good time with her. He tells her that now he found true love, he can’t stay away from her. Sonakshi gets happy.

Rohit dresses up the way Suman would like. Sonakshi gets him dressed in a bright colour shirt. She thinks Suman will like Rohit’s new avatar. She plans his makeover. Sonakshi pulls off a prank on her. Rohit succeeds to impress Suman. Everything falls into place. Rohit tells Suman that he loves Sonakshi. Suman hugs him and tells him that she accepts him as Sonakshi’s life partner.