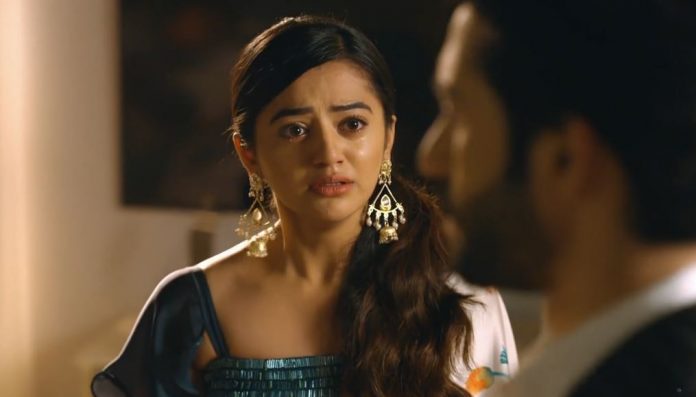 Sufiyana Pyaar New time Slot 8 PM Interesting Upcoming Saltanat decides to leave from the police station. She thinks of Krish. She doesn’t want him to sink in sorrow. Kainat wants to find Saltanat. She doesn’t want any trouble. Kainat thinks to keep Zaroon occupied. A constable identifies Saltanat as Kainat. He informs Zaroon that he has found Kainat. Zaroon rushes to the police station. He informs the same to Kainat, which leaves her shocked. Zaroon reaches the police station and doesn’t see Saltanat. She returns home to meet Krish. Kainat gets a relief on seeing Saltanat back.

She wants to keep her away from Zaroon. Krish hugs Saltanat. She asks her not to leave him again. He reminds her promises. She apologizes to him. Madhav asks her why did she leave this way. He yells at her. Krish asks Madhav not to scold her and behave nicely with her. Saltanat tells Madhav that she will stay back until she gets her memories back. She tells him that she has gone to the police station to know about herself, but she returned. Elsewhere, Zaroon is worried that Kainat has come back in their lives.

He hugs Kainat and asks her to be careful. He doesn’t want his family to suffer again. Kainat pacifies him. Saltanat tells Madhav that she will not run away. Madhav doesn’t want anyone to check the CCTV footage. He wants to delete the footage before anyone checks it. Madhav takes a disguise and enters the record room, while Zaroon also arrives there to check the footage at the same time. Madhav hides from Zaroon. Zaroon gets crazy in his search to find Kainat. He wants to get her punished by the law. He doesn’t know that he is living with Kainat.

He gives an ad in the newspaper. He spreads the news that Kainat is a wanted criminal. Madhav doesn’t want Zaroon to find Kainat. Saltanat visits the market on Krish’s insistence. Madhav follows her and stops her from seeing the newspaper. He doesn’t want anyone to see her and identify. Madhav scolds her for going out of the house without his permission. Saltanat doesn’t learn that her face resembles Kainat Shah.