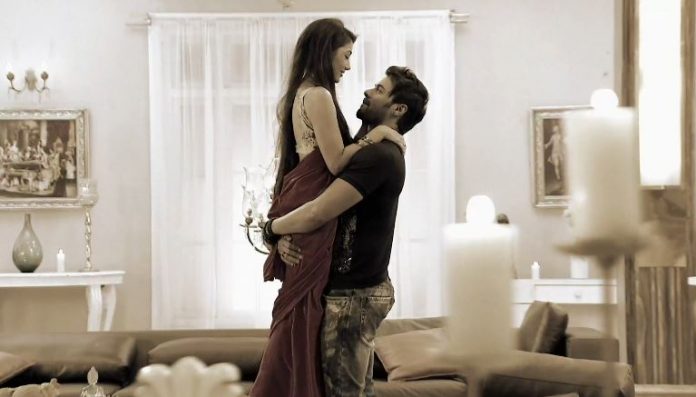 Kumkum Bhagya Today Drama Spoilers lined up Rhea to help Rohit get Prachi to marry him. Rohit eagerly waits for Prachi. Mitali sees Meera’s inclination towards Abhi seeing her concern for him. She tells her that Abhi is only made for Pragya and will forget his differences with her, once they meet and then they will unite surely. Meera asks her why they are not together if they love each other so much and tells that everything is decided by destiny, who will stay with whom. She tells that she didn’t want to snatch Abhi from Pragya.

Ranbir ignores Prachi when she comes to his house. Prachi goes to take tea for him in his room. Pragya gets to know about Disha’s lie to Purab and questions her. Disha tells her that it was needed so that Purab don’t feel she is alone and weak. Pragya likes Hritik and tells Disha that he is having a soft corner and liking for her. Later, Disha asks Hritik about his new girlfriend and tells him whatever Pragya had said. Hritik gets seriously thinking and asks Disha about Purab. He likes Disha as his special friend. He wants to know the complete life chapter of Disha and Purab. He wants to help Disha if her real happiness lies in Purab.

Bahu Begum: Azaan gets angry on Surayya and comes near her to confront her. Surayya and Asgar get scared and tensed. Surayya says they didn’t do anything. Noor comes and steps in front of Surayya, says I did everything. She tells that she had given money to the man to scare Shayra. Azaan is shocked and couldn’t believe that she can attempt to kill Shayra. Noor tells that she wanted to teach a lesson to Shayra, but didn’t mean to kill her. Azaan tells that he couldn’t believe that she can stoop so low and attempted to kill Shayra. Noor tells that she didn’t do that. Razia and Azaan don’t believe her. Shayra is also upset with Noor but asks Azaan to forgive him.

Muskaan:
Maalik takes the big step to expose Ronak and Muskaan’s relation. Maalik asks Muskaan to help the villager. He wants Chamki or Muskaan to marry a village man to sort his problem. Ronak gets worried. He stops Maalik from his move. The goons beat up Ronak. Sarpanch punishes Muskaan and Ronak. Maalik wants Ronak to apologize to him. Muskaan expresses her love for Ronak and tries to save him. She can’t see Ronak getting beaten up. She begs to Maalik to spare Ronak. Ronak and Kumkum Bhagya Today More Spoilers lined upMuskaan give up their fight with Maalik, and accept their defeat.

Sufiyana Pyaar Mera:
Saltanat checks Madhav’s laptop. She searches for her name to know about her. She learns about Kainat Shah. She learns that Kainat is a criminal. She can’t believe the information. She learns that Kainat committed two murders. She doesn’t think she did the crimes. She gets in a dilemma. She believes she is really Kainat. She thinks she is a murderer. She recalls the words fed by Madhav in her mind. She has lost her memory. She doesn’t know the truth. She is mentally fragile. She wants to get her answers at Shah Manzil.

Kainat wants Zaroon to kill Saltanat by his own hands, so that even if the truth comes out, Zaroon curses himself. She wants to ruin Saltanat’s love.