Tellyreviews Spoilers Top 5 Shakti Bahu Begum Azaan is happy that Noor is showing some understanding. There is a huge divorce drama. Noor calls the lawyer home. She signs the divorce papers. She hands over the papers to Azaan and tells him to sign it too. She wants to divorce him and get away. She begs Azaan to forgive her. She tells Azaan that she will be going away from their lives. Azaan doubts on her that she is pretending and may strike Shayra again. Noor gets help from Khalid. He wants to help her. Shayra asks Azaan not to suspect Noor.

Nimki spends time with Mintu and his family. She stays back to confirm that he isn’t Babbu Singh. He cares for her. He prepares food for her. Mintu takes a selfie with her. She realizes that Mintu has no connection with Tetar Singh and family. She knows that Mintu is just Babbu’s lookalike. She tells Mintu’s Dadi that she will talk to Pinky’s family and clear the misunderstanding. She states that Mintu didn’t marry her and they have no relationship. Dadi asks her to fix the broken things. Mintu shows his genuine care, which impresses Nimki. She finds him very much opposite of her evil husband.

Muskaan:
Maalik makes Muskaan and other girls work as labor. Muskaan obeys Maalik to show her strength. Vidya asks Muskaan’s help to escape. Muskaan makes her escape. Maalik scolds Muskaan for making Vidya run away. He punishes Chamki and Ronak as well. Maalik tells Muskaan that she has to take Vidya’s place in her family if she is taking the responsibility. He tells her that she won’t accept the punishment from the men, so better Chamki will decide. He asks Chamki to declare the same punishment. Ronak gets worried for Muskaan. He wants to put an end to Maalik’s madness.

Shakti: Preeto catches Mahi smiling and asks her with whom she was talking to. She checks her phone and asks who had called her. Mahi says from school and seeking permission for the full body check up. Preeto asks what did you say and asks her to say. Mahi tells that she gave them permission to do the check-up. Preeto is shocked. Soumya reaches school and hears Heer asking the Doctor what the word kinnar means. Soumya is shocked. The kids who know about kinnar, keep their hands on their mouths. Heer, Rohan and Soham are clueless. The teacher is shocked to know that Heer is kinnar and her family hid her truth from the school. 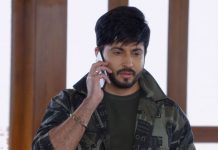