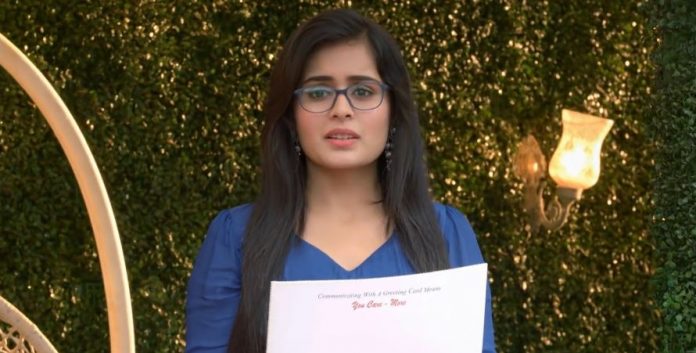 Rishtey Pyaar Mishti surprise calls for huge twists Abir and Mishti will be finally getting happiness in the form of their completed search of Mehul. Abir will be knowing that Meenakshi manipulated him once again. Abir wants to find his dad. He wants his Nanu to understand him. Mishti has learnt that Mehul is Abir’s dad. She runs to the bus stop when she fails to contact him. She wants to break the good news to him soon. She doesn’t find him at the bus stop. She thinks Abir shouldn’t leave Rajkot.

She wants him to know the truth that Mehul is his dad, whom fate got to them. She wants to tell him that his prayers are answered, he has himself saved his dad. She tries calling him again and again. Meanwhile, Mehul enters Rajvansh house to meet Abir once so that he can tell his complete truth to Abir. He is sure that Abir will fight his battle against Meenakshi once everything is revealed. He gets to know Meenakshi’s plans of keeping Abir away from him. He learns that Meenakshi has sent Abir to the Mumbai.

Mehul wants to rush to meet Abir. He wants to make a last try before he loses Abir. Meenakshi learns that Mehul had overheard her plans. She sends her men to stop Mehul from reaching Abir. She is stressed that Abir will go away from her. Mishti tries to get help from the police about Mehul. She tracks Abir to reveal the news. She daydreams that she met Abir and told the truth to him about his dad. She wants this dream to turn into reality. Mishti tries hard to text Abir. Rajvansh family plans a surprise birthday bash for Abir.

Kuhu brings the family closer and manages them well. This impresses both Meenakshi and Kunal. Kunal is thankful that Kuhu is sharing Meenakshi’s sorrow. They wait for Abir. Meenakshi doesn’t reveal her plans to anyone, except Nanu. Abir changes the bus tyres to make his way to Mumbai. He works hard when the co-passengers help him. He gets to see someone spying on him. He catches him and demands to know if Meenakshi had sent him. The man admits that Meenakshi wants him to go to Mumbai. Abir realizes that Meenakshi has sent the wrong address to mislead him again.

Later on, Mishti informs her family about Abir and Mehul. Rajshri and Maheshwari ponder over the fate, which brought Mehul back. Mishti runs after the bus to stop Abir. She comes across Mehul by fate again. She can’t wish for anything wish. She wants to take Mehul to Abir. Abir reaches home and gets a birthday surprise. He decides to leave the house filled with liars. He feels he is served lies always when he demands the truth.

He doesn’t know his dad is right or wrong. He wants to know the past, since its his right. He doesn’t want to celebrate his birthday. He leaves the house, while Mishti tells the truth to Mehul. Mishti brings Mehul to Abir. Abir confronts Mehul about the past, to know if Meenakshi is wrong. Meenakshi learns that Mishti is the reason for Abir and Mehul’s union. She gets more upset with Mishti for breaking her family. What will Abir do next? Keep reading.