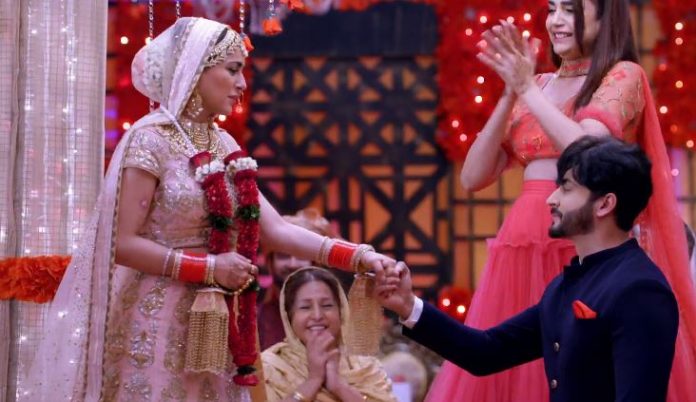 Spoilers Alert Kundali Bhagya Bahu Begum Shakti Rakhi asks Kareena what is the solution, how they can save Karan from ruining his life. Kareena says we shall get his marriage done. Rakhi gets shocked and doesn’t want any injustice to happen with Preeta. Sherlyn smiles thinking Preeta’s life will be ruined now. Sarla calls the lawyer at home. Lawyer tells Preeta that her marriage is not registered legally and if Karan might use this as the weapon to fight case with you then we have to use the charges against him. Preeta asks him to be clear what he wants to say. Lawyer says we will demand alimony. Preeta is shocked and tells that she doesn’t want any alimony.

Shakti: Preeto sees Nurse about to take off Heer’s shirt and gets tensed. Soumya checks Heer in disguise of a Nurse, while Preeto holds Nurse’s hand and stops her. Heer sees Soumya as Nurse and says Gulabo you are here. Later, health report comes home and Mahi is shocked and upset to see everything fine in the report. Preeto and Soumya hold each other hands as the power against Mahi. They manage to hide Heer’s identity from Harak Singh and entire world.

Bahu Begum: Azaan, Shayra and Razia are shocked to know that Noor wants a divorce and don’t want alimony. Lawyer tells Azaan that Noor called him and said that she doesn’t want any alimony as settlement or any share from Azaan’s wealth. He says he just wants a divorce. Noor signs on the divorce papers. Azaan also signs on the divorce papers and gives to Lawyer. Noor says today you are freed. She tells that she will never come in between Shayra and him and is leaving the house for forever. Azaan decides to let her go, but Shayra stops her from leaving the house.