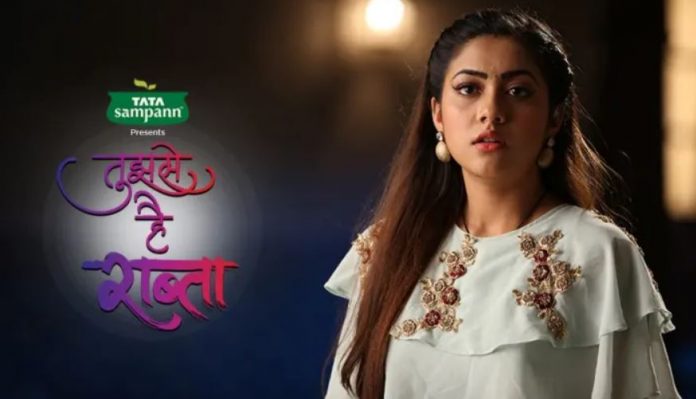 Tujhse Hai Raabta Spoilers Madhav makes Malhar doubt on Kalyani and asks why is she taking Kalyani’s name. Aahir asks Kalyani if she knows about Swara’s pump. Kalyani says if I would have a pump with me then wouldn’t I have given it to Swara. She says she doesn’t know about Swara’s pump and gets up from the bed. Just then pump falls down on the ground from her clothes. Malhar doubts her again and says you had said that you will not leave Swara, after whatever she has done with Maai and will take revenge from her surely. Kalyani says she was angry at that time. Malhar says because of that anger, you put Swara in this condition.

He asks her to tell and holds her hand angrily. Kalyani shouts angrily and says it is enough, says she will not give him any more explanation. Anupriya gains consciousness. Kalyani asks Anupriya if she didn’t see the attacker’s face. Anupriya says I had just seen that the attacker was wearing a strange ring. A lady is shown wearing an unique ring. Kalyani finds a cloth piece stuck with Anupriya and tells that it might be of the attacker. She says I will find out about the attacker using this cloth and will know who is that attacker.

Raja Beta Twists Coming up Vedant and Purva ask Rahul not to wear the clothes and tell him about Ramesh’s conspiracy. Rahul doesn’t believe them and thinks they are planning against him. He shows the clothes to Vedant and asks him to tell where are the poisonous nails? Vedant and Purva check the clothes and don’t find anything inside. Purva says there is nothing in it. Vedant tells Rahul that Ramesh is planning something big. Rahul says he is not planning anything, but you both are planning. He says I will go out and tell everyone that you both are here. Vedant says what is in Babu ji’s mind, he didn’t do what he planned to do.