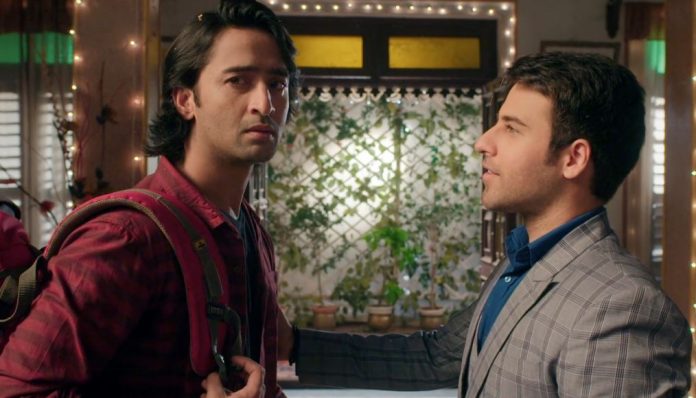 Rishtey Pyar Ke New Entries with Mehul’s homecoming Abir is leaving his house, being heartbroken. He is upset that Meenakshi and Nanu lied to him about Mehul. He didn’t know that Meenakshi is so conspiring. Moreover, he didn’t expect Nanu to lie. Abir doesn’t stop when Kunal and Kuhu beg him. Kaushal and Nidhi also try hard to stop him. Abir doesn’t listen to anyone. He just wants to know about Mehul. He tells Meenakshi that he will bring Mehul home. Kunal doesn’t think he can convince Abir this time. He feels its not important to find Mehul. He is emotional about Abir. Abir waits for Mishti at the bus station. He sinks in sorrow. He wants to tell her about Meenakshi’s big cheat.

He has many questions in mind. He wants his answers from Meenakshi. Meenakshi is worried for Abir. She fears that Abir will leave her forever. She justifies that she was trying to protect him from sorrow. Mishti brings Mehul to Abir and surprises him on the birthday. She unites Abir with his dad. This gives much happiness to Abir. Kunal is brainwashed by Meenakshi that Mehul is a bad person. He has no interest in Mehul. Kuhu didn’t expect Mishti to take this big move. Mishti gets Mehul home, face to face to Rajvansh family.

This ruins Meenakshi’s mood. Meenakshi gets angry on Mishti for breaking her family. She presents Mehul’s ugly truth to Abir. She feels its time that she exposes Mehul’s fraud and answers her sons. She wants Mehul to answer Abir and Kunal for his deceive. She explains that she wasn’t wrong. She asks Mehul to bring proof of his innocence if he can. Meenakshi’s evidences against Mehul shocks Abir. He doesn’t know to follow heart or the evidences. Meenakshi is sure of her family unity. She wants to isolate Mehul and show him his real place. There will be new entries in the show, which would help unveil the past secrets of Meenakshi and Mehul’s lives. Will Abir prove Mehul’s innocence and find the truth? Keep reading.