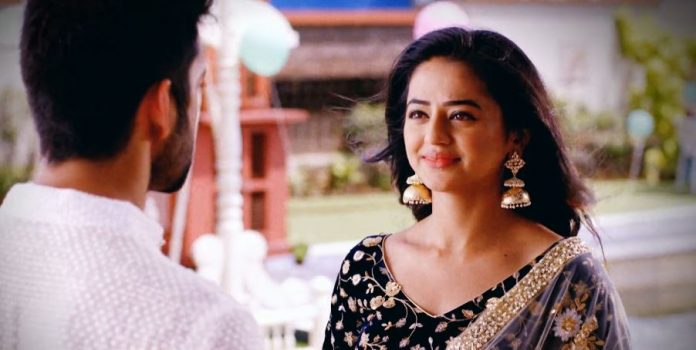 Sufiyana Pyaar Mera Unimaginable attack on Saltanat Saltanat learns the truth of her identity, that she is Kainat who killed Madhav’s elder sister Sakshi brutally. She can’t accept the truth. Madhav leaves her to get to terms with the truth herself. He waits for her memory regaining so that he can punish her. Saltanat finds out about Kainat and learns more of her crimes. She can’t believe that she could kill someone, which isn’t her nature. She wants to find out the complete truth. She feels sorry to leave Krish once again. She goes to Shah Manzil where she would be regaining her memory.

Madhav learns she is missing from the house. He rushes to stop her from meeting anyone from family. Saltanat takes a disguise and enters the home to know about Kainat. She gets her memories flashing in front of her eyes. She wants to know if she is really a wrong doer. She gets upset when she finds Zainab in paralyzed state. She meets Zainab and speaks her heart out. She feels connected to Zainab. She tells that she will be accepting the punishment if she is really wrong.

She doesn’t want to runaway from the family. Zainab gets worried for her daughter’s life. She learns that Saltanat has lost her memory. She wants Saltanat to leave the house soon, else Kainat may kill her.

Kainat makes an excuse to go and meet Sneha. Zaroon stays worried for the family safety. Kainat learns from Sneha that Saltanat has gone home. She is happy and thinks to make it Saltanat’s last day of life. She rushes home to see Saltanat. She goes to Zaroon and manipulates her. She tells him that she has seen Kainat coming to attack them. Zaroon gets enraged. He wants to kill Kainat. He proceeds to stab Saltanat.

Zainab gains strength to save Saltanat, while Krish prays for the latter. Krish waits for Saltanat home. Saltanat wants to know why did Zainab save her life when she is so wrong. Kainat misleads Zaroon once again so that she reaches Saltanat first. She doesn’t want Saltanat to get her memories back. Saltanat gets to see Zaroon and feels connected. Saltanat sinks in guilt. Kainat doesn’t want Zainab to tell the truth to anyone. She wants to handle the family. Zaroon gets furious and goes to find Kainat to kill her. Zaroon will be misunderstanding Saltanat’s identity. He will be falling into an illusion that she is Kainat and stab her to death. Will Saltanat get her memories back and survive the attack by her lover? Keep reading.