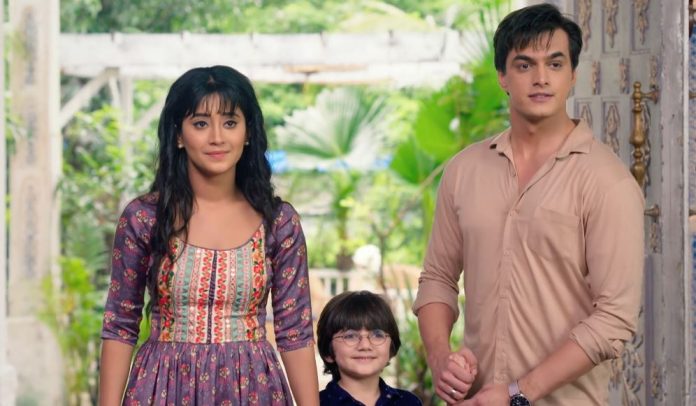 Kairav Custody Battle Guess the winner and aftermaths There are new entries in the show. Naksh meets Goenkas again for a wrong purpose. Vedika is tensed about Kartik and Naira’s divorce. The two lawyers fighting the case come into picture. Naksh gets Naira’s lawyer to present the case to get Kairav’s custody for Naira, who has been a single mother and raises Kairav alone. Kartik loves Naira a lot. He wants to get Kairav’s responsibility. He is also responsible towards Vedika. He doesn’t want Kairav to know about his marriage with Vedika. He is keeping his marriage a secret. Naira had sent the divorce papers to Kartik on Vedika’s word. Vedika is the reason for Naira’s decision, which angers Kartik a lot. Vedika wants Naira to leave from their lives. She doesn’t like to accept anyone between Kartik and her relation.

Kairav is the reason for Kartik and Naira’s togetherness. Vedika breaks them apart. Kartik calls Naira to inform her about the custody case. He summons her to the court. He tells her that Kartik Goenka will fight Naira Singhania for his child custody. Naira begs him not to file the custody case. She doesn’t want to make things worse for Kairav. She didn’t intend the matter to reach family court. Kartik tells her that she has chosen this, by sending the divorce papers.

He asks her to be there on time. Naksh tells Naira that he will support her. He wants Kairav’s custody to fall in Naira’s favor. Naira doesn’t want Kairav to get one of his parents. She tells them that they can be with Kairav by mutual understanding. She asks Kartik for out of court settlement. Naksh’s lawyer meets Goenkas and gets convinced by them. The lawyer changes side. Naksh gets worried with this and informs Naira. Kartik will be winning Kairav’s custody. He will be taking Kairav to Goenka house with him, which would trouble Vedika further. Vedika will be expressing her discomfort with Kairav. Kartik and Naira will be marrying once again in the coming track for the sake of Kairav.

Continue reading more on the track

Also Read, Nimki Vidhayak Highlights Today:
Nimki can’t help, but thinks of Mintu, who is Babbu’s lookalike. She feels he will also have a personality like Babbu, he is also mean and helped her for a purpose. She doesn’t want to think of him. She decides to focus on her own life. Mintu also thinks of Nimki when his friends tease him about him. He doesn’t have any feelings for her yet. He swears that he didn’t fall in love with Nimki, which gives relief to his friend, who started liking her. Mintu doesn’t think he would be married to a minister some day. Nimki feels that Mintu will also have a heart like Babbu. She doesn’t want to meet him again.

Ganga misses her first son Mintu. She thinks if he would know about her and come back. She gets helpless. She speaks to Parag. He asks her to always get Mishra on her side. Ganga makes a plan. She offers a post to Mishra to cool his anger and please him. Mishra gets greedy for the post. He agrees to support her. Parag feels no one can defeat his mother in her political games. She doesn’t want her son to do anything wrong that creates troubles for her. Ganga is cunning to win in the politics. She is ready with her new web. Nimki gets ready in her own style.

She plans to watch a movie with family, but they are too scared of Mishra to go out anywhere. They want to stay at home. Nimki learns about Sweety’s fast for her children. Abhimanyu and Nimki advise Sweety not to fast during pregnancy, and just the fast rituals. Nimki explains Sweety that fast will hurt her baby in womb. Nimki decides to meet Abhimanyu and Sweety to celebrate the festive. Mintu learns about Dadi’s brain tumor. He gets worried and cries for Dadi. He gets into Anaro’s ward by mistake, and comes face to face to with her. She tells him that he is her son and she kept fast for him. He finds her mad and runs away. Anaro gets adamant to meet him again. She goes on a strike and compels Nimki to call him back.