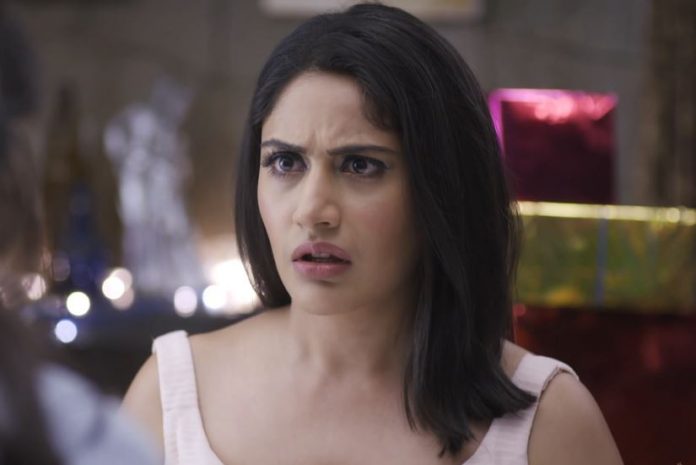 Sanjivani Ishani Sid Awkward love moment next Ishani wants to control her feelings for Sid. He thinks she is just a friend for her. Ishani avoids him for long. She gets helpless when she falls weak in front of him. She daydreams about him so much that she starts forgetting the difference between reality and dream. She tells a sweet story to a patient. She tells about her love story and Sid’s importance in her life. She tells that she has found a hero in the monster. She is deeply touched that Sid has risked his life to save her. Sid meets the same patient and shares the story’s other side. He tells the girl that the hero wants to know the princess’ real feelings.

He is confused about Ishani’s feelings. He tells that he has got sweets for Ishani. When Ishani doesn’t show any interest, he feeds it to the patient. Ishani gets angered when he didn’t feed her the sweets. Sid surprises her by getting the hygienically packed sweets. When he feeds her by his hands, she gets uncontrollable. She doesn’t want him to know his feelings. She goes to control her heart. She doesn’t want her career and life to get into trouble by falling in love. She tells that she shouldn’t fall for Sid, who is a monster, not a hero.

She worriedly thinks that love is making her totally useless in work. She loses focus in her work. She thinks she isn’t able to work smoothly in Sanjivani because of Sid’s presence. She wants to keep Sid into just friends zone. She doesn’t want her love story to spread in the hospital. Rahil also tells Sid that Sid and Ishani are very much in love. Sid doesn’t believe him. Rahil tells Sid that everyone can see it clearly. He asks Sid to accept it soon. Sid and Rahil operate a patient and have different views on the surgery process.

Ishani joins the team to give her view on the process. Sid likes her inputs. Ishani holds him while dreaming of a romantic moment with him. She feels she is getting crazy for him again. She doesn’t want to support him in the surgery, sensing that she is getting sick by the growing love. Sid learns about the new patient. He is summoned for the other case. Ishani asks Asha to assist Sid and take the cases. She wants to control herself. She doesn’t want to do anything weird that she gets caught. She wants Asha to help her in work.

Sid wants Ishani to help him in the new case. Sid and Ishani see a couple in love, fighting cutely. They also fight the same way. They also get tagged that they have become a cute couple in love. Ishani doesn’t want this to happen.

She goes to relax herself by yoga and sends Asha to Sid. Sid gets enough of Ishani’s weird behavior. She feels awkward. He asks her to just finish her work in time, rather than running away from the work out of laziness. He scolds her for disturbing the work. Ishani cries that he is misunderstanding her.