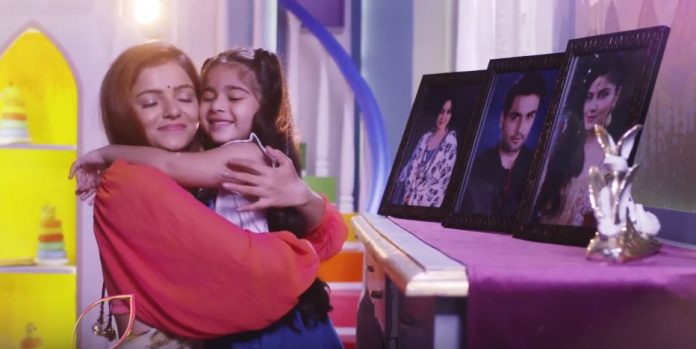 Tellyreviews Top 5 Shakti Kundali Bhagya more lined Raja Beta: Purva couldn’t bear to see Vedant critical while Pankhudi tries to treat him. Devi Parvati looks at unconscious Vedant and smiles. Pankhudi sees his pulse dropping and gets shocked. Purva goes to Rahul angrily and holds the trishul in her hand against him. She says the day when Purva died, you entered her house forcibly and tried to touch her, but when she resisted and asked you not to touch her, you throttled her neck with the Saree end and strangulated her to death. Rahul falls down seeing her Devi’s avatar. He asks how do you know all this.

Purva keeps her foot on his chest and asks do you want to go to jail by confessing your crime or want to die with her hand. Ramesh and Sanju get tensed while Dadi, Manjula and others are shocked. Rahul admits having killed Purva and says I strangulated her with her Saree end and made her sleep for forever. The new Purva gets teary eyes. Ramesh and Sanju get scared.

Yeh Teri Galiyan: Asmita’s thanking gesture surprises Shaan. Shaan holds her closer and they get close to each other. Shekhawat gets ready to propose Asmita confessing his love for her and to convey his feelings. He decides to marry her. Whom Asmita will choose on the Durga Puja day and what turn they life will take. Krishi asks Nandini to leave from Shaan’s life as she had promised on losing the challenge.

Shakti: A mysterious caller/Vedant’s man diverts Soumya’s attention informing her about Harman. She gets happy and tries to know about his whereabouts. She thinks if he is in a cartoon. When Vedant comes near Heer wearing the clown’s clothes, she sees clown coming towards her. Clown tries to kidnap Heer. Mahi makes sure that she gets kidnapped by Vedant and helps him.

Tujhse Hai Raabta: Kalyani asks Anupriya if she didn’t see who attacked her hand. Anupriya says she didn’t see due to the darkness and could see only strange or ancient ring worn by the person. A lady is shown wearing an ancient ring in her fingers. Kalyani gets the lady’s saree cloth stuck in Anupriya’s bangles and says she will find out about the attacker using this. Malhar thinks to make Swara fine and asks her if she attacked Anupriya and if Kalyani hid her asthma pump. Before Swara could say something, her family member stops her from saying the truth. Malhar and Kalyani miss each other.

Kundali Bhagya: Karan sees Preeta and gets emotional. Preeta tells Sarla that she wants to live her life again and says we don’t need anyone’s love and love between all of us are enough for us to live. Sarla cries and nods in approval. Preeta says she doesn’t need Karan’s love who don’t deserve any love. Rakhi tells Kareena that if Karan really hates Preeta and married her for revenge, then he should have been happy, but he is not happy still. She says Karan loves Preeta and that’s why he is unhappy to ruin her life. Karan hears them.

Bahu Begum: Shayra asks Surayya to do her work and says you became dear to Razia again. She asks her to ask Razia to stop them from going to Sultanpur. Noor refuses and tries to leave. Surayya says if you don’t do this then I will tell everyone that you knew that Shayra didn’t light that fire and then also she married Azaan. Azaan hears them and pulls Noor towards him asking what the hell Surayya is saying.