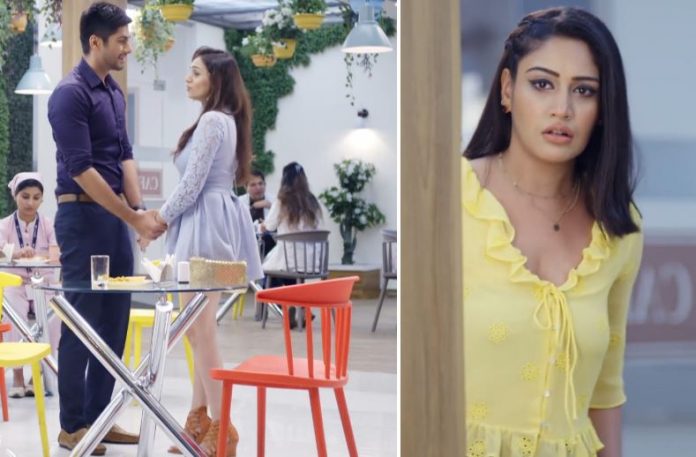 Upcoming Sanjivani Today Jealousy drama to begin Sid and Ishani deal with the patient and get inputs on their friendship. Sid doesn’t think that he can fall in love with Ishani. He likes her as a friend. He finds her very talented. He wants to prove everyone’s opinion a lie. Sid is also falling in love with Ishani. He is denying this for a reason. He wants to understand Ishani’s weird behavior. Ishani asks Asha to handle the cases and assist Sid. She wants to calm her mind so that she doesn’t make any mistake.

Sid finds Asha helping him everywhere. He wants to know where is Ishani. He goes to find Ishani. He calls it enough that she is avoiding him for no reason. He reminds her duties. He asks Ishani to just focus on her patients, who need her. Sid and Ishani have a moment. Ishani can’t help but fall for him further. Sid asks Ishani not to be lazy in her work. He yells at her rudely, which hurts her heart. Ishani sheds tears and gets too hurt by his bad comments. She tells Asha about Sid scolding her a lot. She didn’t want to see Sid in an aggressive avatar.

She wants him to be just romantic and loving. Rahil asks Sid why did he scold Ishani, when its his mistake as well. He asks Sid to apologize to Ishani, since they both make a good team. He wants the matter to end. Asha too suggests Ishani to apologize to Sid for ignoring the work. Sid and Ishani realize their mistakes. They get prepared to apologize. Sid is much confuses about his feelings for Ishani. Sid wants to meet his ex to get her help in knowing Ishanis’s truth. Sid starts growing Ishani jealous to know if she really loves him. Ishani turns jealous and decides to control her feelings.

On the other hand, Shashank gets into an argument with Juhi once again. Juhi tells him that she can take her own decisions, both on personal and professional front. After all, she has solely saved Shashank’s life from the critical tumour. He doesn’t want her to fall in Vardaan’s trap. He tells her that Vardaan is selfish and is just thinking of the profits. He wants Juhi to understand that Vardaan is taking advantage of their fights. Shashank wants Juhi to not agree with Vardaan. Juhi asks him to keep his trust and not doubt further. Juhi tells him that she will do the best for the hospital. Later, Shashank and Anjali have an argument about Juhi again.

He knows that Shashank won’t change his mind about Juhi. She asks him to confess feelings to Juhi. Shashank changes the topic and tells Anjali that he has chosen a guy for her marriage. Anjali and Shashank share the normal relation of a father-daughter for the first time. They spend time together. Anjali meets Vardaan and confronts him about the patient. Vardaan lies to her about Rahul’s patient. He gives her a fat salary and pleases her by praising her talent. She gets happy that he knows her worth. He wants to make Anjali against Shashank. Anjali doesn’t know that Vardaan is hiding about Rahul and planning new problems for Sanjivani.