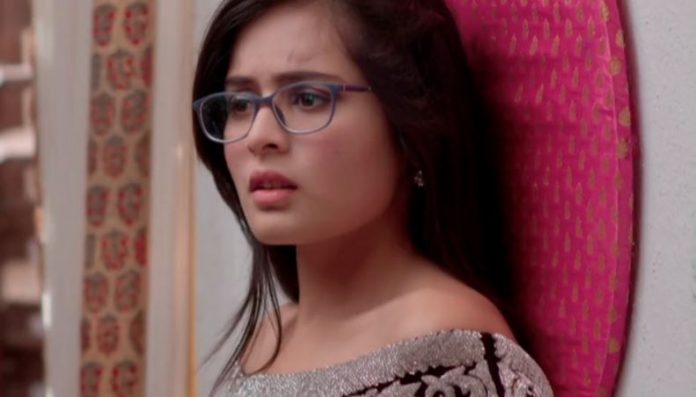 Rishtey Pyaar Huge plotting Surprises and shockers Meenakshi wants Abir to know the truth in a way that he doesn’t feel the truth is forced to him. She doesn’t let any mistake occur that Abhi learns her plan to expose Mehul. She just wants her sons to be with her. Parul gets emotional when Abir starts believing Mehul. Abir has been longing for his father since many years. He doesn’t want to be unfair towards his father. He wants to give him a chance to explain himself. Abir doesn’t see the evidences provided by Nanu. Mehul stops Abir and tells him to know his side of truth first before seeing anything against him. He realizes what is Meenakshi planning.

He tells Abir that he is innocent and still he had been scared to face the big accusations on him regarding the scam in company. He wanted to save his image in his son’s eyes at least and decided to run away so that he stays a hero in their eyes. He didn’t wish to stay back, get arrested and turn into a criminal for them. He wanted to save his children from being called a criminal’s son. He tells that he was helpless to take this step. Kunal tells Abir that Mehul is really wrong. He asks Abir how could he always regard Meenakshi wrong.

Abir doesn’t think Mehul is wrong, he was just stuck in a wrong situation where his decision power fell short and he chose to run away to avoid the arrest. Kunal tells that Mehul should have stayed back and proved his innocence. Abir tells them that they can’t judge Mehul by one situation. He wants to stay with Mehul and know him more. Parul loses her cool when Mehul pleads his innocence. Parul breaks her silence and tells Abir that Mehul has no right to stay in their family. She praises Meenakshi, who she knows a lot.

She tells Kunal and Abir that they should just believe their mum, who did a lot for them. Abir asks Parul how does she know much about Mehul and Meenakshi. Parul tells him that she is staying with the family since long. Meenakshi thinks Abir will understand her plan. Abir checks the evidences and finds that Meenakshi has planted it on time to make Mehul away. He asks Meenakshi to give him time to know Mehul’s truth. He asks her not to brainwash him once again, since its his right to know his parents completely. While the arguments get bigger, Kuhu orders them to maintain peace at least on Abir’s birthday.

Kuhu asks them to continue the argument after the birthday celebrations. She brings peace in the family. Abir also wants to keep happy mood. He wants to meet Mishti. Mishti too is restless for meeting Abir. She arranges a special gift for Abir. Jasmeet doesn’t want her special surprise to reach Abir. She informs Kuhu about Mishti’s surprise for Abir. She asks Kuhu to stop Abir. Parul is worried since Mehul came back. Nanu understands her anger and calms her down. Abir and Mishti have a sweet talk. He insists her to meet him at the lakeside, so that his birthday gets happier. Mishti plans to surprise Abir the way he would like.

Kuhu informs Kunal about Abir and Mishti’s plans. She wants the house party to happen well. She asks Kunal not to spoil the party and make sure that Abir doesn’t leave anywhere. Rajshri asks Mishti to meet Abir on his birthday and wish him. Mishti gets decked up to meet Abir. Mehul gets a Bappa idol to gift Abir. Meenakshi finds him manipulating Abir by blind love. She warns Mehul against snatching her son. She challenges him that she will always have both her sons with her. Mehul isn’t scared of her. He is sure to get his sons’ love. Mishti surprises Abir on his birthday. Meenakshi wants to kick out Mehul by a plan. Mishti overhears this and thinks this would be wrong with Mehul.