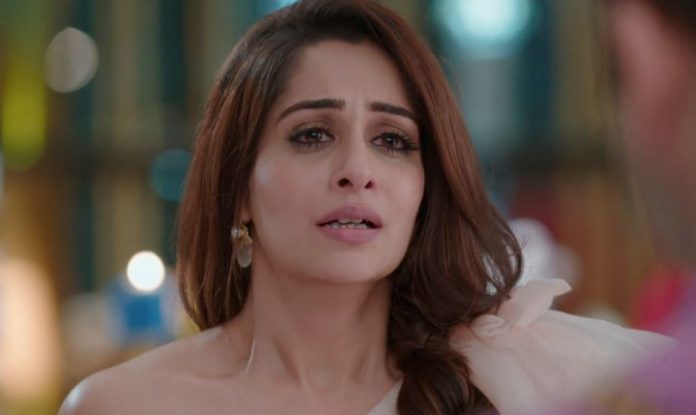 Rohit Sonakshi Total Mystery behind Raima’s accusation unveils Sonakshi reveals the truth of the dark night when she was compelled by Karan to leave Raima to die. She argues with Karan when he drags her for the engagement. She asks him why didn’t he help Raima and not let her help Raima, after seeing her in the critical state. When Karan misbehaves with her, she tells him that she will call the police and complain about him. She tells him that she will get him punished for hurting Raima. Karan asks her not to threaten him. He scolds her for ruining his life. He stops her from making the call to the police. Suman tries to protect Sonakshi and also her relationship with Karan.

She tries hard to sort their fight, and then realizes that Karan isn’t worthy of anything. Sonakshi faces a hard time, when Karan refuses to get engaged to her. He throws the ring at Sonakshi’s face and hurts her. He gives her a wound of life time. He tells her that he will never fulfill her dream of having a good life. He threatens Suman that he will ruin Sonakshi’s pretty face if they complain to the police. Sonakshi doesn’t listen to Karan. She runs back to the farmhouse to help Raima. She looks for Raima there and doesn’t find her. She asks the people if they have seen Raima.

Karan warns Sonakshi against revealing his truth. He exposes his real side and hurts Sonakshi. Sonakshi and Karan break up and she learns his evil truth. Sonakshi learns that Raima is rushed to the hospital. She couldn’t learn the details of the hospital. She prays for her recovery. She loses track of Raima and just wishes that everything gets fine for the injured girl. Suman kept Sonakshi away from the police, since Karan threatened of ruining Sonakshi and Pari’s lives. Suman fell weak for the sake of her daughters. Suman asks Sonakshi not to do anything against Karan. She compels Sonakshi to come with her.

She doesn’t let Sonakshi fall in any trouble. Sonakshi was determined to save the girl’s life. It was Suman who took Sonakshi away from the farmhouse. Sonakshi reveals the complete truth to Rohit. Rohit tells Sonakshi that he is just of her and will always be with her. She tells him that she felt that he won’t believe her. He tells her that he asked her to leave in anger, since he was irritated by the tough situation. He shows his belief in Sonakshi and pacifies her. The mystery of the dark night finally comes out. Rohit and Sonakshi sort their differences.