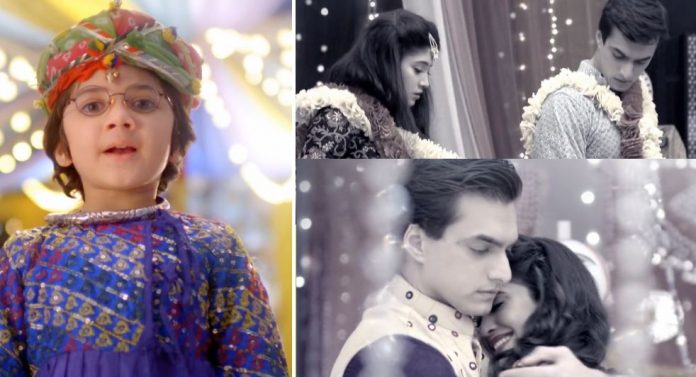 Yeh Rishta Hotstar Kairav plotting Unexpected twists Kartik and Naira are too depressed thinking that they are fighting for Kairav’s custody. They never thought that fate will bring them to this point, where they will be fighting in the court in this matter. Naira wanted to avoid the custody battle. She gets helpless because of Kartik. She has failed to explain Kartik that they both will lose in the case, if Kairav learns about it. Vedika wants to help Kartik. Vedika feels like an outsider in his life, when he gives her no importance. He tells that he will sort out his differences with Naira and handle the custody fight. Vedika feels he is still connected to Naira.

She doesn’t see where she stands in his life. She wants Kartik to at least fight her. She thinks he isn’t interested in their marriage. She wonders what’s the use if she had asked Naira to leave with Kairav, the new problem of custody has started. She gets worried that her plan to get rid of Naira badly failed. Naira tells Kairav that he should go for the outing with elders, until she finishes her work. Kairav doesn’t want to go for boating in such weather. The family insists him to come along, since even Kartik is busy today. Kairav gets convinced. Naira rushes for the court. She falls and gets hurt.

Naksh worries thinking he has to take her in the painful state, since they can’t miss the hearing. Kairav takes care of Naira. Dadi asks Kartik not to stain Naira’s name in the court in order to win, since she wants both Kartik and Naira to be fine. She doesn’t want Kartik to treat Naira as his enemy. She reminds that Naira is Kairav’s mum and right on her front. Kartik doesn’t want to cross any limits. Kartik awaits Naira after reaching the court. Damini asks for Naira. She meets Naira’s lawyer Kumar, who is her good competitor. She taunts about Naira, being a coward to run away from tough situations.

Kartik feels bad to hear the insulting remark on Naira. Manish stops Kartik from reacting. He asks Kartik to be strong emotionally and focus on his goals, that’s to get his son Kairav. Naira gets busy with Kairav when he gets hurt while helping her. Naira and Kairav take care of each other’s wound. Kairav tells them that he didn’t intend to create a problem for Naira. Naksh tells Naira that they have to leave for court, if they miss the hearing, Damini will take the case in Kartik’s favor. Kartik recalls his divorce with Naira. He feels the same pain. He gets signs from fate that he should not file the custody case and go back.

He gets confused. He wonders where did Naira go. Samarth tells him that maybe Naira and her lawyer decided to avoid the hearing to buy time. Damini tells him that people do the unexpected to win the case. Samarth tells that Naira is very desperate to get Kairav with her. Naksh and Naira leave for the court, but don’t reach on time, because of Kairav’s sudden problem. Naira cares for him again. She thinks Kairav needs her more. Dadi is worried that Naira didn’t reach the court. Kartik leaves from the court in anger.

He wants to confront Naira. Dadi knows that Kartik would go to confront Naira and fight with her again. Kartik reaches Naira to reprimand her about missing the hearing. When she reasons out, he doesn’t listen to her. He tells her that he doesn’t want to try such tricks again. He wants them to fight fairly. Kairav learns about Navratri coming. He plans to unite his parents, when he learns their sweet love story that started during Navratri.