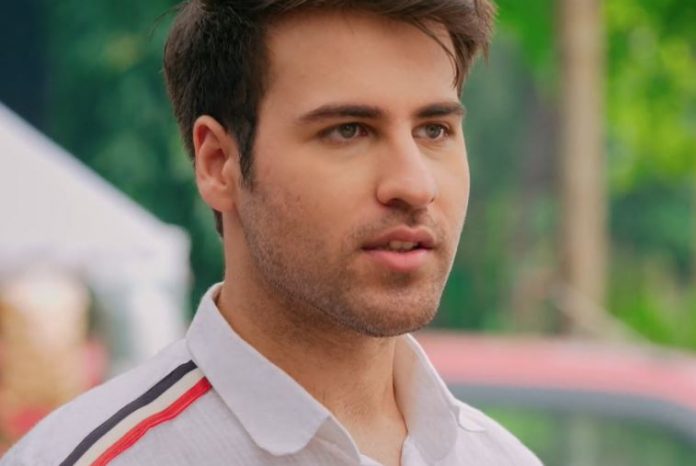 Rishtey Pyaar Kunal swears revenge on Mishti Abir gets a wonderful surprise from Mishti. He can’t believe his eyes when he watches the amazingly decorated place. He realizes Mishti’s efforts. Abir tells her that he has got everything after she got Mehul back. Mishti talks cutely to make him smile. They have a wonderful moment when they cherish their love. They make love vows that they will never get separated. She tells him that she will never leave him, even if he asks her so. He tells her that he will also never leave her until he is alive. He gets romantic with her. He tells her that their love is the best thing that happened with him.

They find some people barging in. They attack Mehul shockingly. Kunal gets back by the shocking incident where the people try to blacken Mehul’s face by blaming him for the huge fraud. They tell the family that Mehul had taken their money and ran away, the company fraud ruined their lives. Mehul tells them that he isn’t responsible for the fraud. Mehul turns weak and tries to avoid the insult. Abir comes to Mehul’s rescue. Abir and Mishti scold the people to shoo them away. The people doesn’t listen and bash up Mehul.

Abir gets helpless when he gets caught. Kunal defends his brother, whom he loves the most. Meenakshi can’t believe the drama, which left her in an embarrassing situation. She apologizes to Kuhu for the shameful incident. Kuhu and Varsha show some understanding. Abir rushes Mehul for his aid. Mehul reveals that he is suffering from a heart ailment. Mehul tells Abir that he wants to be with him, he doesn’t want to fall lonely, which is the main reason for his weak heart.

He tells Abir that he wants to live with him, since he has much time now. He tells that his sins will be washed away if his family forgives him. Abir is in shock knowing his illness. Meenakshi doesn’t care of him. Vishwamber asks Abir to handle everything well by maintaining all the relations. Abir is tensed and thinks about the people coming into the party suddenly, as if it was someone’s plan. He confronts Meenakshi for calling the people home to insult Mehul. Nanu feels the same and asks Meenakshi if she did this. She denies to call the angry crowd, who could have hurt her sons as well.

She tells them that she didn’t plan anything such. Abir tells her that he knows her very well, she can harm anyone for her motives. He calls her a liar and cheater. He blames her for always cheating her own family. He tells her that she isn’t a mother, but a monster. He tells that he is aware of her crimes. He insults her. Meenakshi is deeply hurt and sheds tears. She didn’t wish Abir to do this. Kunal blames Mishti for breaking his family by bringing Mehul back. He scolds her for making Meenakshi cry. He wants to take revenge on Mishti. Rishtey Pyaar Kunal swears to Meenakshi that he will not spare Mishti and make her away from Abir. Mehul wants to unite Abir and Mishti.