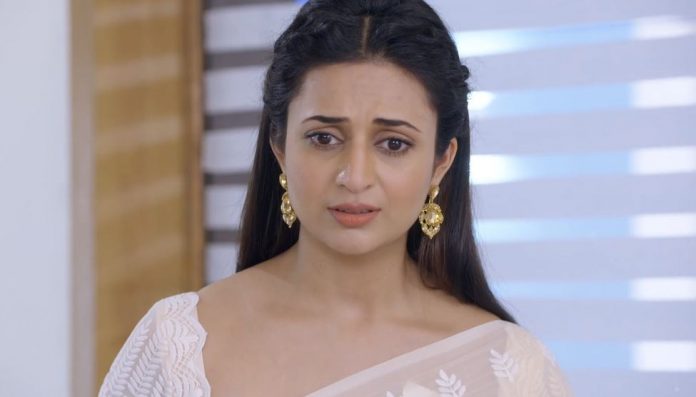 Mohabbatein Neeti connection with Bhallas surface Ishita gets sympathizing with Neeti. She learns about Neeti’s mental trauma from her nurse. She tells Raman about Neeti, who is really suffering a lot. He asks her not to worry and just wish for her recovery. The entire family is worried for Mrs. Bhalla. They attend her and want her to get fine soon. Arijit yells at the nurse for taking Neeti to the hospital without informing him. She tells him about Neeti’s seizures. She tells that she has taken the decision for Neeti’s well being. She asks him to come to the hospital if he is so concerned. He gets too raging. He doesn’t want Neeti to get more panicking in front of strangers.

He rushes to meet Neeti, just when Bhalla family leaves from a ward. Arijit finds them and quickly hides. Karan wants to know what is Arijit doing there. He gets confused if he has seen Arijit or not. Arijit meets Neeti and gets panicking. The nurse tells him that she got Neeti here for getting immediate medical attention, since the delay would have caused much harm to her health. She explains that she has decided for Neeti’s recovery. The doctor confirms that Neeti got stable only after the treatment given to her in the hospital. He asks Arijit to be thankful to the nurse, who got her in time, else anything would have happened to her.

On the other hand, Sunil is stressed about the person blackmailing him. He thinks he can’t leave the city and go away when Natasha is in the jail. He doesn’t want anyone to suspect him. He learns that Natasha wants him to file for her bail. He doesn’t know if the blackmailer will also this. He also doesn’t know what to answer Natasha on facing her in the police station. He gets worried. Arijit finds Neeti getting scared because of his shouting. He asks the nurse to console Neeti. Neeti hurts herself. The nurse tries to arrange a doctor for Neeti.

Neeti gets help from Ishita. Ishita pacifies the panicking Neeti. Arijit gets hurt as well while saving Neeti. He gets hiding from Ishita. He feels Ishita is wrong again. He blames her for putting Neeti in this state. He wants to take Neeti home. He wants his revenge on Bhallas. Ishita gets worried for Neeti’s state. Aaliya finds some connection with Neeti. She tells Raman that she might be knowing Neeti. Ishita gets close to know Arijit and Neeti’s relation.