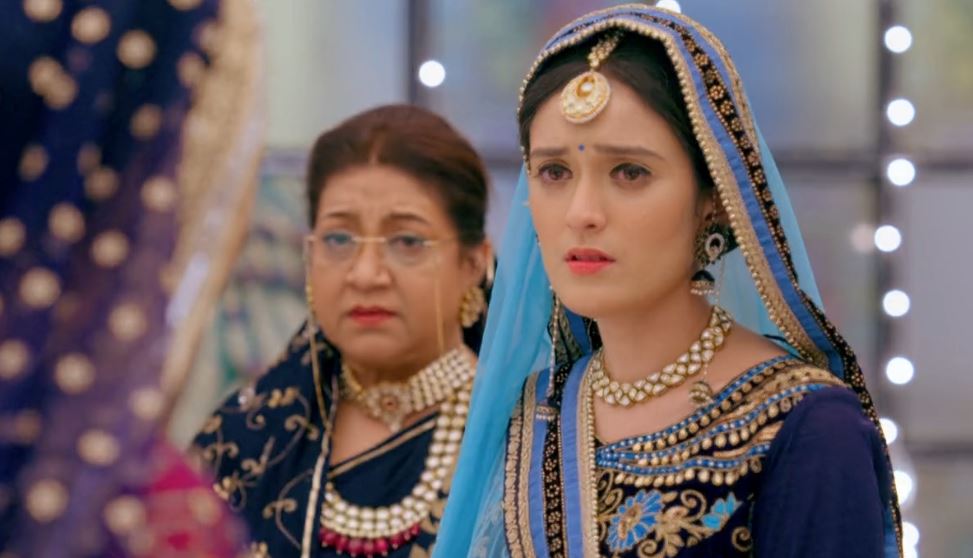 YRKKH Vedika rages Kartik Naira remarriage twists Damini takes Kartik and Naira’s custody case very seriously. She wants to get them divorced. She didn’t lose any case in her career. She doesn’t want Kartik and Naira’s weak emotions to bring troubles for her. She finds strange that they had got married thrice until now. She collects all the information about their past. She is determined to separate them. She feels the evidences she holds right now will not let Naira succeed. She wants to get Kairav’s custody for her client Kairav. She gets too involved in the tricky case that she doesn’t want to pull off the case even if Kartik wants.

Kartik, Naira and Vedika are in pain. They didn’t imagine that they would be seeing this day, when their love has become a punishment for them. Vedika is heartbroken knowing Kartik just loves Naira. Naira sympathizes with her, knowing Vedika is Kartik’s wife. Vedika gets blaming her for snatching Kartik. She asks Naira if she is fooling herself or everyone around. Naira tries hard to explain her that she didn’t intend to come between her marriage. Vedika cries out her pain.

She doesn’t want to hurt Kartik. She knows his happiness lies in Naira. She thinks what could she do to return his happiness. Vedika and Naira have a new argument. Vedika runs to Kartik. He asks her why is she so worried. Vedika doesn’t tell him anything. He isn’t aware that Vedika was attempting suicide and Naira saved her. He doesn’t know that Vedika wanted Naira and him to get divorced. Vedika is shattered thinking Kartik and Naira got drugged got the goons, they got married and spent time together. She asks Naira not to come back in Kartik’s life and house. Naira comes across Kartik and vents anger on him. She is fed up of Vedika’s blames. Vedika decides to leave Kartik and get away from his life.