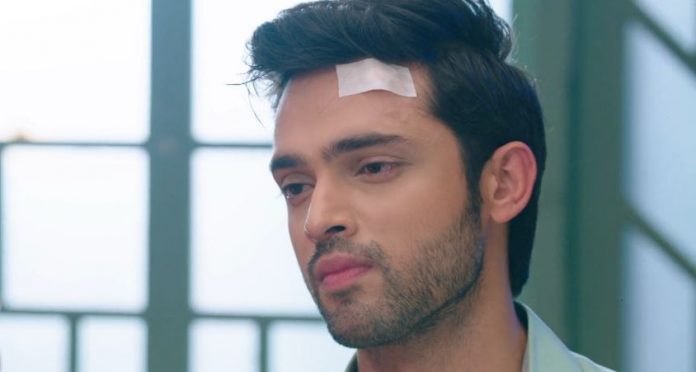 Kasauti Zindagii 2 Upcoming Bajaj to kill Anurag Anurag wants to meet Prerna and assure their union. He finds Tanvi troubled by the goons. He rushes to help Tanvi. Tanvi’s heart melts for him when he helps her. She tells him that she wants to tell him about Mr. Bajaj’s plan to attack himself to frame Anurag. She reveals about the goons’ hideout. Anurag gets thankful to her for sharing the important information. He takes Anupam’s help. He goes to catch the goon and make him confess crime. He threatens to kill the goon. The goon gets helpless to admit the crime. He tells about Mr. Bajaj’s plan to trap Anurag. Anurag gets the recording to show it to Prerna.

Meanwhile, Komolika gets decked up like before. She thanks the doctor for making her more stunning. She goes to Ronit to know about Anurag. The men witnessing Komolika get falling for her. Komolika enjoys the attention. She wants to be the same Komolika. On the other hand, Prerna misses Anurag. She gets upset when she gets Anurag’s gifted anklet. She wishes to get him back. She gets emotional when Mr. Bajaj’s daughter connects her to Anurag via the anklet again. She is happy enjoying the family moments.

Mr. Bajaj tells Prerna that he isn’t jealous but happy that his daughter loves her more. Prerna wants to visit her Dadi. She seeks his permission. Mr. Bajaj permits her for the day out in her Maayka. Komolika is happy to know that Anurag is single again. She badly wants him. She expresses her love for Anurag. She wants to meet him soon and can’t wait. Komolika makes a leave from the hospital. Anurag warns Mr. Bajaj. He wants to show the evidence to Prerna. Mr. Bajaj informs him that Prerna isn’t home. Anurag assures Mohini that everything will fall into place now. He tells that he will be defeating Mr. Bajaj. Mohini wants to believe him.

Mohini feels restless thinking of the bad omen. Anurag asks her to be positive. He hopes to expose Mr. Bajaj and get back Prerna. Prerna shares her heart out to Dadi. She reveals that she didn’t cheat Anurag, she has married Mr. Bajaj just for saving Anurag’s life. She tells Dadi that her love will always be for Anurag. Dadi blesses Prerna to get her love Anurag. She feels proud knowing Prerna’s big sacrifice. Anurag calls her up to tell her the truth. Prerna tells him that she will meet Veena and come. She asks him if he has tried to confront her about some truth. She thinks she has dreamt about it.

Anurag finds her happy after a long time. He realizes that she is in her own space and he shouldn’t trouble her by the truth now. He knows that Mr. Bajaj’s truth will shake her up. Anurag doesn’t tell her anything on call. He wants to talk to her personally so that he can show the proof against Mr. Bajaj. Mr. Bajaj learns Anurag’s plans. He wants to stop Anurag some how. Anurag knows that Mr. Bajaj will take a critical step to stop him. He knows Mr. Bajaj may attack him.

He deliberately provokes Mr. Bajaj so that he commits a mistake and falls in Prerna’s eyes. Komolika gets crazy for Anurag again. She plans their special meet. Mr. Bajaj wants to kill Anurag and throw him out of his life for once and all. What will Mr. Bajaj do to stop Anurag from exposing his truth? Keep reading.