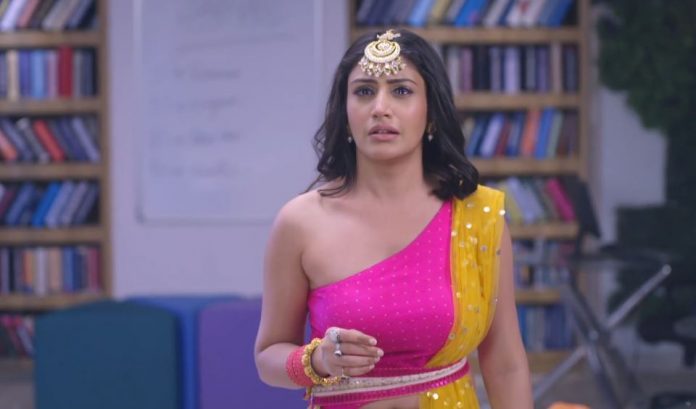 Sanjivani Terrible heartbreak twist Ishani shatters Sid and Ishani have fallen in love. Sid doesn’t want to accept his feelings. Sid’s friend Rahil tries hard to make him accept the truth that he loves Ishani. He asks Sid can’t he see Ishani’s love, its very much clear since the start. He tells Sid that love is something that can’t be hidden. He asks Sid to see Ishani’s name written by Guddu on his name. Sid can’t tolerate this. He didn’t know Guddu has written Ishani’s name. He wonders if he is in love with Ishani. He thinks of Ishani, who has proved her love towards him by her weird behavior. He realizes that she is really in love with him. He turns angered, instead happy.

He wipes off Ishani’s name from his hand and bleeds. He gets mad in anger. Rahil stops him from hurting himself. He didn’t see Sid behaving such before. Sid tells him that he doesn’t love Ishani and can’t encourage her. He tells that he has no place for love in life, since love just ruins lives. He has experienced painful love before because of his parents’ separation. His mum was cheated in love.

He feels love always break hearts. He doesn’t want to give similar pain to Ishani. He wants her to stay happy, away from him. Meanwhile, Vardaan attempts to get Anjali’s attention. Anjali vents anger on him. She is tempered because of Juhi. Vardaan tells her that he isn’t apologetic to express his feelings towards her. She doesn’t want to hurt him, but mentions that she isn’t interested in his friendship. She asks him to better not come with any friendship proposals again.

She later realizes that she has been rude towards Vardaan, when she was angry because of Shashank and Juhi’s bonding. She goes to make an apology to Vardaan, surprising him. Meanwhile, Asha asks Ishani to confess love to Sid. She asks her not to delay much. Ishani isn’t ready to confess soon. She comes across Sid. They land into a moment. Sid finds his name written on her hand. He thinks his good behavior is giving her false hopes. He tells her that they should better keep a professional relation.

He asks her not to meet him often when there is no work related matter. He warns her to keep herself away from him. His warning shatters her. Asha asks Ishani what had happened. Ishani tells her about Sid’s denial. She doesn’t know why is he doing this.

Asha asks her not to give up on her first love. Ishani tells her that she can’t lose Sid, she can never afford this. She wants to talk to Sid and confess her love. Sid realizes he is also falling for Ishani. He gets unwilling to accept his feelings. Ishani attempts to meet Sid and hurts herself. Sid reminds himself that he has to stay away from Ishani. He wants to secure Ishani’s future.