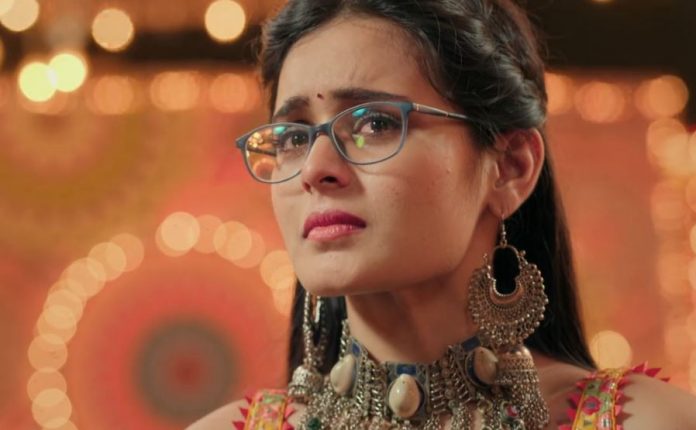 Rishte Pyaar Star Plus Mishti unexpected findings Mehul is trying hard to snatch Meenakshi’s property. Meenakshi is ready to do anything to get Abir back. She wants to give him everything he wants. Mishti overhears their conversation. She realizes that he is lying to Abir again and again. She doubts on Mehul. She wants to know what’s happening. She spies about Mehul, when she couldn’t ask anything to Meenakshi. She gets the information about Mehul’s travel dates. She checks the data log. She realizes that Mehul was trying hard to meet Abir since long. She learns that his motives are fishy. She wants to know why does Mehul want to make Abir away from his family.

Mishti avoids Abir’s call for a while. She makes excuses to get back to her spying. Abir shows his faith on his dad and Mishti. She wants to make sure that Abir is counting on the right person. Abir comes across Jugnu’s strange request. Jugnu wants to accompany Abir. Abir wants him to stay back and take care of his family. He tries to connect with Kunal. He hopes that Kunal comes back to him and ends their differences. Kunal doesn’t break his silence. Meenakshi hires Laxman once again to know Mehul’s plans beforehand. She wants to fail Mehul’s plans and also protect her family.

She tells Laxman that she won’t give anything to Mehul, but she will try hard to get Abir on her side. Mishti meets Meenakshi and hides the fact that she was spying in her cabin. She seeks Meenakshi’s blessings. She tells Meenakshi that she loves Abir a lot and will always protect him from sorrow. Meenakshi is assured that Mishti’s love is true. She focusses on handling Mehul. Abir looks for Mehul’s reports to get a second opinion about his heart disease. Mehul gets worried that Abir is finding his reports. Mehul engages him in talk. He asks Abir not to leave the family and stay with them. He asks Abir to think of Kunal.

Abir tells him that he doesn’t want Kunal to hurt Mishti or him. He wants his family to respect his relations. Meenakshi makes the agreement to transfer her property to Mehul. She just wants her children, whom she dearly loves. Meenakshi and Abir’s courier get exchanged. Mishti gets to see the agreement. She learns that Mehul is evil. She realizes that Mehul is blackmailing Meenakshi for the property. She fails Mehul’s plans so that he doesn’t get the property. She wants to save Abir’s family from Mehul. Her unexpected decision to part ways shocks Abir.