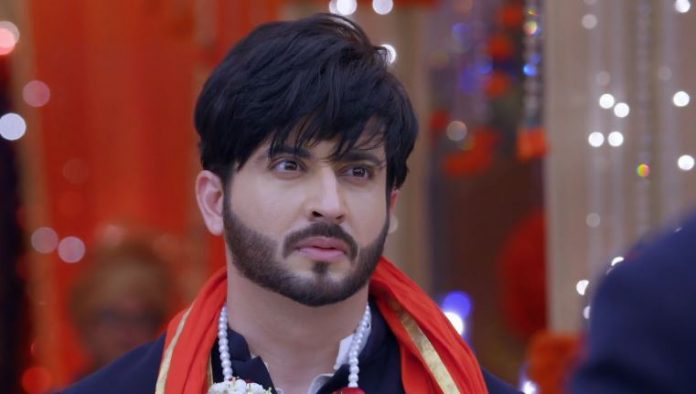 Kundalii Bhagya Spoilers 3 Hits Quick Snips Preeta and Karan miss each other and say happy Diwali. Sherlyn talks to comatose Mahesh and tells that she will torture Luthra’s family showing his condition, especially his son Karan. She says she will make him realize that his Dad is in this condition because of Preeta. She says you had snatched property papers from my hand. She tells that she will get it back, as it is hers and she will get it. Preeta asks Shristi to promise that Karan shall never know that she was behind the ghunghat and had kept fast for him.

Bahu Begum: Mashuqa couldn’t get any clue about Aladdin. Azaan tells Shayra that they are going out for a holiday. Shayra says only we both and asks if nobody knows. Azaan says nobody knows except Ammi. Shayra and Azaan come out ready. Shayra sits in the car. When Azaan is about to sit, some goons come and beats him. Azaan asks Shayra not to come out. Noor comes there and asks the goons to beat Azaan more for hiding about his holiday from him. Shayra gets angry with Noor as Azaan gets injuries.

Raja Beta: Vedant gets worried for Purva after Doctor informing him about her condition. He prays to God to make Purva fine. Devi Parvati makes her fine. Vedant takes a sigh of relief. Purva confronts Pankhudi for her doings. Pankhudi asks her if she thinks she will marry Sanju and tells that it seems like you have forgotten everything, it is good if the heavy shock comes slowly. She asks her to go down and hear carefully. She says maybe you will get to know something. Purva goes down and hears them talking about Sanju.

Purva asks where did Sanju go? Sumiti says Sanju didn’t go but got vanished before the marriage. Purva gets worried and says Sanju is missing. She thinks what Pankhudi is going to do, what is her plan? Pankhudi plans to repeat the same thing which made Vedant marry Purva, as Rahul vanished. She plans to emotionally blackmail Vedant to marry her or threatens to suicide. Purva searches for Sanju and tries to bring him at the right time.