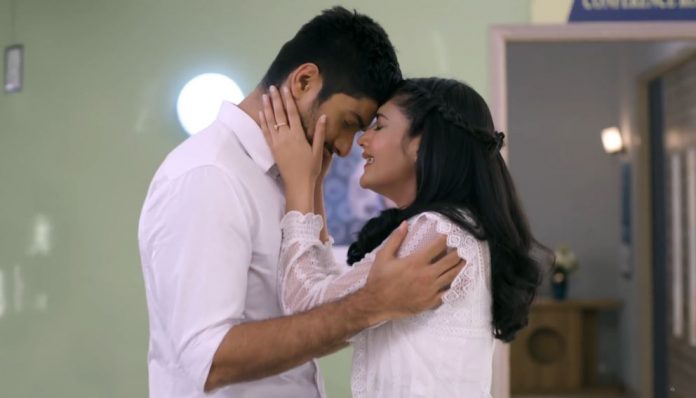 Sanjivani 2 Yeh Rishta Starplus Upcoming Spoilers Sid and Ishani succeed to save Guddu. Guddu wants to tell them about Asha. Asha doesn’t let him take her name. She cleverly misleads Sid. Ishani gets suspicious of her. She thinks to limit her mind and focus on saving Sid’s career. Sid drops Guddu home, while Ishani awaits him at Sanjivani. Asha feels she got saved in last minute. Ishani takes the help of entire Sanjivani staff and patients treated by Sid. The guards stop Rahil from holding the door. The board members get angered on the careless behavior of doctors. Ishani requests them to reconsider their decision. She makes the patients give their opinion about Sid.

The people just say positive things about Sid to the best of their knowledge. They believe that Sid is an angel in disguise, who saves many lives. Ishani tells them that they should better vote. The members head back to the meeting room. They cast their votes. Shashank knows Sid has saved many lives, he never made a mistake before. He gives his vote to Sid. Vardaan wishes that Sid loses out the votes and gets fire. Anjali gets the responsibility to count the votes. She gives the verdict that Sid is still part of Sanjivani. Ishani gets the good news for Sid, who finds her crying and misunderstands that his career is over.

Ishani tells him that Shashank’s vote saved his career and got him a second chance. She asks him to do his best and win back everyone’s trust. Juhi finds Sid and encourages him. She knows his feelings, being in his place years ago. She is glad that Shashank took the right decision and didn’t punish Sid for his one mistake. Ishani hugs Sid. She tells him that he won’t get suspended now. Vardaan is unhappy. He goes to meet Asha. She asks him if he is angered. He tells her that he will defame Sid in such a way that Shashank will hate him. He promises to tackle Sid and Ishani. The staff praises Ishani for saving Sid’s career.

He gets happy to hear good things about him. Juhi tells Sid that Ishani worked hard to help him. She calls him a lucky guy. Sid really feels lucky to find someone who loves him selflessly. He confesses his love for Ishani. Ishani is glad on hearing him. She wants to find the culprit in Sid’s matter. She learns from Guddu that Asha lied to Sid. She is shocked to uncover Asha’s ugly truth. Sid meets Ishani to thank her. They have series of sweet moments. They have dinner together when he becomes the delivery boy of her food order. He romances Ishani and expresses his love. They get happy in their zone.

Asha wants to keep Ishani away from Sid. She gets revengeful against Ishani. Sid doesn’t want Ishani to face troubles because of him. Ishani decides to expose Asha’s true colours and find out if anyone else is involved in Asha’s plan.

Naira determines to save Kartik by finding the proof in his favor. She tells them that they still have a night’s time to help Kartik. She promises Dadi that she will bring Kartik home. She gets help from Naksh, Manish and Samarth to find the evidences and track Vedika. She goes to the hotel and demands the CCTV footage. She gets to see the man kidnapping Vedika smartly. She feels she can find him and get Vedika back. She tells Naksh that she will solve the case now.

Naira goes missing shockingly. This news puts Kartik in further sorrow. He wants her to be with Kairav. He asks Manish to find out Naira. Kartik gets in trouble. He wants the case to get in his favor. Naira brings Vedika to the court. Vedika gives her statement in Kartik’s favor and saves him. The charges against him drop.