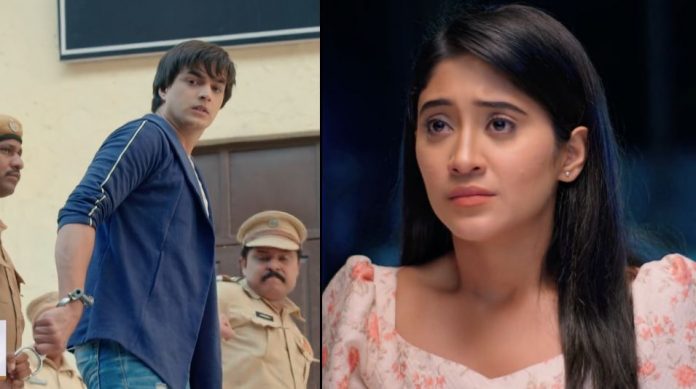 Yeh Rishta Naira missing Kartik fears worse outcome Kartik is arrested for the wrong blames. He feels saddened that he is getting away from Kairav, Naira and family again. The reporters hit him with many questions, which break him down further. Kartik and Naira decide to keep this arrest news away from Kairav’s knowledge. Naira assures him that she will not let Kairav lose faith on him. The reporters want to know Kartik’s involvement in the kidnapping case. Manish is much hurt seeing Kartik tortured this way. Manish tells the family that Kartik didn’t deserve this. He cries his heart out for his son.

He wants to get a lawyer to bail out Kartik. Kartik is taken to the police station for the interrogation. Kartik tells the inspector that he doesn’t know anything about Vedika’s disappearance. He reveals that he went to meet her on her call. Inspector finds him an unconcerned husband, who is least interested to find about his wife, just because of his affair with his ex-wife. Kartik fails to explain himself. Manish executes his plan to arrange the lawyer as soon as possible. The police checks Goenka house, Vedika’s room to find clues against them.

Inspector accuses Goenkas for getting rid of their Bahu this way. Goenkas try to prove their innocence. Naira finds Vedika’s box. She wants to get the clues to help Kartik. Naira doesn’t let anyone know her finding. Naira wants to meet Kartik. Kairav learns that his parents are still busy, they are helping the police in the robbery case. He gets sick by the tension observed in the house. He wants to meet Kartik soon. He demand the family to call Kartik and Naira home. Naira pays a visit to Kartik, but gets hindered by Manish. Kartik senses that Naira has arrived. Manish wants to keep Naira away from the media.

He asks her to come when the media is away. Naira feels sorry that she is failing to help Kartik. Kartik wonders how will Naira manage everything all alone, by keeping this news a secret from Kairav. Kartik gets emotional thinking of Kairav. Manish asks lawyer to get his son bailed out before the day ends. Kartik tells Manish that he doesn’t want Kairav to get hurt. He doesn’t care for anything except his son’s well being. Manish assures that Kairav will be fine and also Kartik. He wants to protect his son.

On the other hand, Naira learns that Kairav fell sick. She looks after her. He falls unconscious. She then rushes him to Pallavi’s hospital. She hopes that Pallavi cures him. Pallavi is angered on Goenkas, but prefers to do her duty as a doctor. Naira is grateful to her. She promises Pallavi that she will find Vedika and bring her back. She tells that Kartik is innocent. Pallavi feels Naira is blinded by Kartik’s love and can’t see his crime. Naira tells Pallavi that Kartik’s love is pure and he can never do anything wrong. She wants Pallavi to give him some time. Kartik feels restless about his son. He pleads to get permission for calling Naira.

He fails to call anyone in his family. Inspector doesn’t help him. Kartik asks him to think of his own child and help him once. He connects to his family. He learns that Kartik fell sick, but he is fine now. Samarth asks Kartik not to worry. Pallavi treats Kairav and sends him home with Naira. Pallavi hopes that Naira keeps her promise. She wants Vedika to come back safely. Manish gets the bad news that Pallavi has taken help from a big lawyer, who is her relative. He tells that Kartik’s case is put on fast track. He reveals the hearing date, which is on next day. He worries that the case will go against them if they fail to prove Kartik innocent. Naira goes missing, much to everyone’s dismay.