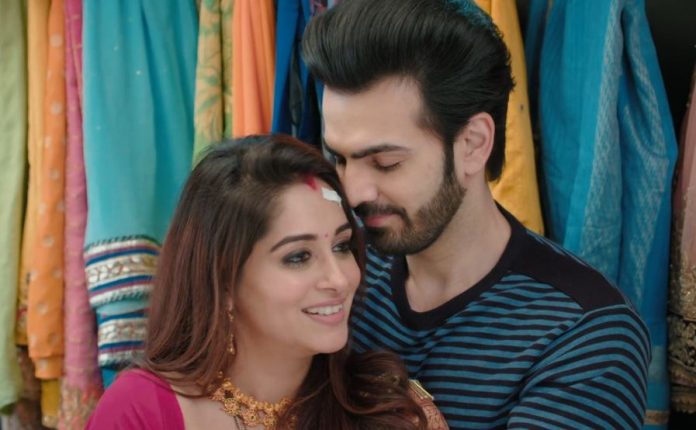 Kahaan Hum Unexpected Twists for Rohit Sonakshi Sonakshi throws a tough challenge for Rohit. It ends up in a hilarious situation. Rohit is glad to find cordial terms between Sonakshi and Veena. He regrets that he slept on his first night and missed the chance to romance Sonakshi. He tells Veena that he wants to spend time with his wife. Veena is happy to find him happy in his new life. Sonakshi asks Rohit not to embarrass her by his romantic gestures. Rohit tells her that he loves her a lot. Rohit tells Sonakshi that they should plan something.

Elsewhere, Suman asks Pulkit to go and get Sonakshi home for the Pagphere rituals. Pari also wants to go there so that she can see Rohan. She insists for going to meet Sippys. Suman agrees to allow her. Pari and Pulkit head to the Sippy mansion to pick Sonakshi. Rohit tells Sonakshi that she can’t keep so many sarees in the cupboard. She wants much space in the cupboard. He wants her to wear modern clothes, not boring sarees. She tells him that sarees are the best.

She reminds him some filmi songs, which makes him admit that sarees are the best. She tells him that she always wanted a big joint family as she had in her show. She tells him that she is glad that she got such a family in her real life, who will never get away from him. She shares her happiness. He wants to romance her. Their moment breaks because of Pari and Pulkit’s arrival. Pulkit tells them that he had come to take Sonakshi home.

Rohit feels his romance plans got delayed by another day. Everyone laughs on hearing him. Pari finds a way to go and meet Rohan. She shares her concern with Rohan. She tells him that she loves him a lot and doesn’t want any name for their relation. She is okay to have an affair with him. She admits her love. While they romance, she drops her bracelet in his room. Pari and Pulkit get Sonakshi home. Later, Tanya gets the bracelet and is confused when Rohan tells her that it may belong to her.

Sonakshi meets Suman and Netra. Netra clears the dues. She asks Sonakshi to resume the shooting. Sonakshi promises to work well. Suman is glad to stay with her family. Suman pampers her. Sonakshi gets worried when Veena informs her about Naren’s cousin Sundari coming to meet her. Sonakshi fails to tell about her shooting. She confirms about her meeting. Veena gets glad. She wants Sonakshi to get praised as the perfect bahu. Suman gets angry that Veena isn’t supporting Sonakshi’s work. She doesn’t want Sonakshi to lose out in her career.

She reacts angrily. Sonakshi calms down Suman, who wants Veena to apologize to her. Sonakshi tries to balance her new life. Suman wants Veena to understand Sonakshi’s time needs, Sonakshi can’t spend much family time during her work hours. She tells Sonakshi that Veena already spoke to her badly. Sonakshi thinks Rohit may help her. Suman asks Sonakshi not to sacrifice her work. Veena tells the family members to be present when Sundari visits them. This upsets Deepa. Deepa feels Veena doesn’t value her work. She wanted Veena to make her feel special as well as she treats Sonakshi these days. Akash senses Deepa’s annoyance.

He tells her that he loves her and she doesn’t need to think of anything else. Veena loves Pooja a lot and wishes that she was her daughter. Yash doesn’t disclose the truth of Pooja’s birth. Sonakshi and Pari talk to Rohit and Rohan. Rohan flirts with Pari. Sonakshi senses something wrong and scolds Pari. She shares her problem with Rohit. Suman tells Rohit that Sonakshi can’t take any more leaves, since Netra can’t manage without Sonakshi.

Rohit asks Sonakshi to go for the shoot. Suman complains about Veena. He is sure to handle Veena. Sonakshi challenges Rohit to come and meet her if he can. Rohit tells her that he misses her a lot. He wants to see her. Suman comforts Sonakshi. She makes Sonakshi sleep in her room. Sonakshi doesn’t think Rohit will come now.

Rohit goes to romance Sonakshi. He doesn’t know about Suman’s presence in Sonakshi’s room. While talks romantically, he comes face to face with Suman. The moment gets funny when Suman complains to Sonakshi about Rohit’s madness. Rohit feels he can never stay in Sonakshi’s house in peace. He prefers to go to his home. Naren has no faith in Sonakshi. He tells Rohan that Sonakshi won’t be able to make it for the dinner, and disappoint Veena. He tells that Veena will be heartbroken. Rohit fails to inform Veena about Sonakshi’s shoot, even when the latter reminds him. Veena gets embarrassed in front of the guests when Sonakshi doesn’t turn up on time.