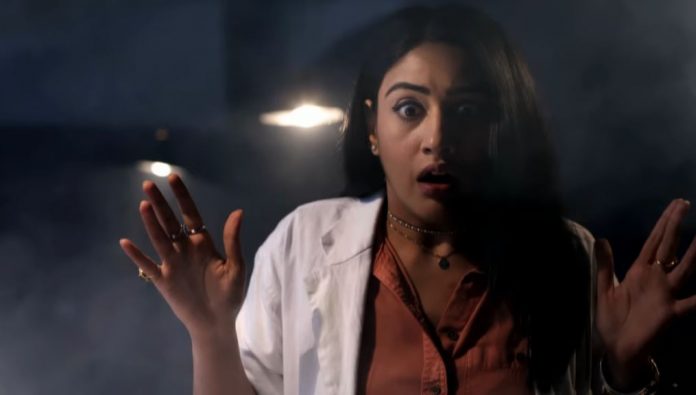 Sanjivani Starplus Strange discovery awaits Ishani Sid pleads to Ishani to open the door and come to him. He wants her to accept his love. Ishani limits herself after coming about Asha’s claim of being Sid’s wife. She doesn’t want any second woman tag to disgrace her true love. She knows Sid is being impulsive and not thinking of the arising consequences. She wants Sid to get free of his relation with Asha first. She knows its not possible for Sid to do. She restrains from meeting Sid. Sid doesn’t leave when she tells him to go. He stands under the rain and shivers. Ishani melts her heart and runs to him. She worries for Sid. She wants him to not hurt her from his false hopes.

Sid wants her to agree to his request. He gets into a moment with her. She wants him away. He tells her that he will not leave his love. Ishani sheds tears. Sid becomes dutiful towards Asha’s baby. He gives her medicines. He takes care of her. Asha asks him about his state. He doesn’t talk to answer her. He tells her that he will just love Ishani. He clears that he will never accept Asha as his wife. He wants her to realize her mistake. Asha feels bad seeing him. Sid tries to convince Ishani when he meets her at the hospital. Sid tells Ishani that they can do anything if they team up.

Asha gets helpless to follow Vardaan’s command and keep Sid away from Ishani. Vardaan makes another wicked plan by meeting Sid’s patient. He keeps it a secret. Ishani doesn’t want Sid to create troubles for them. Asha realizes that Sid is unstoppable now. Meanwhile, Juhi knows Sid is much talented. She doesn’t know who is framing Sid. She wants Shashank to talk to Sid and know his problems. She wants Sid to get appreciated and encouraged. Shashank agrees with her. Sid tries hard to romance Ishani, while she avoids him.

Sid plans the strange moment when he lies in the morgue to get Ishani’s attention. Ishani comes across the strange discovery when she finds Sid on the dead body’s stretcher. Sid wants Ishani to accept his love. He declares his love for Ishani. He tells Asha that he was being humane and accepted her baby, but she proved to be evil. He promises to win Ishani’s love and protect their pairing. What will Asha do now? Keep reading.