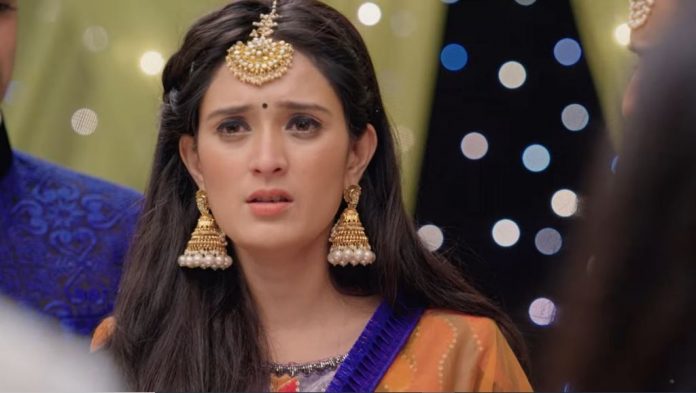 Yeh Rishtaa Starplus Prime Upcoming Meri Gudiya Madhuri recalls the time when she gave birth to Avi. Madhuri and Dadi meet their Kulguru. He confirms that the evil forces are eyeing Avi. He guides them to protect Avi. Madhuri also senses the shadow of evil cast on Avi. She tells Dadi that she will not let anything happen to Avi. She meets Kulguru, who advises her about the solution. He also tells her about the huge dangers coming. He tells that Kaal has come to take a life. Madhuri is ready to sacrifice herself to save Avi’s life. Raghav breaks down after losing Madhuri in an accident. He cries and thinks of his golden moments with his wife Madhuri. He sinks in sorrow.

He takes care of Avi. He knows that Madhuri has given up her life just to save their daughter Avi. She believed that an evil force is after Avi. He also wants to protect Avi. He starts believing in Madhuri’s intuition. Rudra wants to kill Avi. He fails in his motives. Rudra wants to get the powers from Avi and increase his supernatural powers. Madhuri will stay with Avi. Her soul will wander and enter the customized doll gifted to Avi on her birthday. Madhuri’s soul will continue to protect Avi.

Naira and Kartik’s Sangeet goes on well. This upsets Vedika. Vedika didn’t wish Kartik to forget her so soon. She sheds tears and also vents out her anger on Naira. She gets support from her friend Pallavi, who further instigates her. Pallavi asks her not to leave Kartik free from their relationship, else she will have zero value. She reminds Vedika her mistakes. She knows Vedika will sink in depression once she loses Kartik.

She provokes Vedika to take a step. She asks her not to favor Naira. She tells that Kartik and Naira can’t get married if Vedika doesn’t divorce him. She asks Vedika to think of selfish Naira. She wants Vedika to get selfish as well and think of her happiness. Naira senses Vedika’s dilemma and tries to sort it. Vedika isn’t ready to listen to Naira’s sugary words.