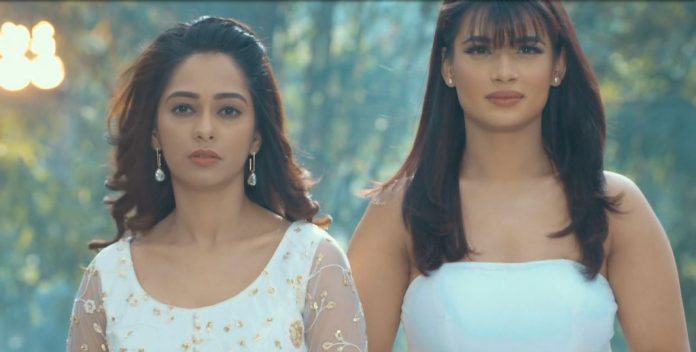 Kumkum Bhagyaa Upcoming Prachi Rhea Confusion Pragya wants to know if Prachi likes Ranbir. She asks if she finds Ranbir a nice guy. Prachi tells her that she likes Ranbir, but hates him more. Pragya wants to be sure if there is love between them. Ranbir tells Rhea that he can’t break Prachi’s heart. Rhea asks him if he has feelings for Prachi. He gets angered on her for not realizing that he loves her. She asks him to not talk to Prachi nicely. Ranbir gets Prachi’s call and vents anger. She reminds him about the meeting. He tells Rhea that he is rude towards Prachi. He professes his love for Rhea. Prachi finds him mannerless. She feels he has done a magic on Pragya and made a good image.

Pragya doesn’t know if Prachi loves Ranbir. She is confused. She tells Sarita that Prachi is also confused about love. She wants Prachi to realize her love. Ranbir tells Rhea that he just has love feelings for her, not Prachi. Rhea gets emotional. He tells her that they lack their bonding because of the unwanted tensions. She explains her concern. She feels proud that he is so brave. She tells him that she will relieve him from the stupid condition. She asks him to apologize to Prachi.

He tells her that he will apologize just for her sake. He doesn’t think he has feelings for Prachi. He wants to know why he risked his life for Prachi. Pragya asks Shahana about Prachi and Ranbir. She thinks it will be good if Shahana finds out the truth. Shahana is sure that Prachi will confess her feelings. Sarita hurries to take the alliance to Ranbir. She wants to be sure of his family. Pragya asks her to let the love happen first. Sarita tells her that she won’t wait for them to romance, she will meet Ranbir’s parents soon. Pragya asks her not to worry for the future talks.

Pragya tells that Ranbir didn’t tell about his feelings. She wants Prachi and Ranbir to realize their love and be sure of it. She asks Sarita to just support Prachi. Sarita and Shahana agree to her plans. Pragya goes to meet Ranbir. She misses to see him again. Abhi and Pragya have a moment again. Abhi showers the puja flowers on her unknowingly. She doesn’t see anyone from Abhi and his family there. Pragya meets Pallavi to know about Ranbir. Ranbir greets Pragya. She gives him the medicines. She tries to know his feelings for Prachi. He tells her that he notices Prachi while she is unaware.