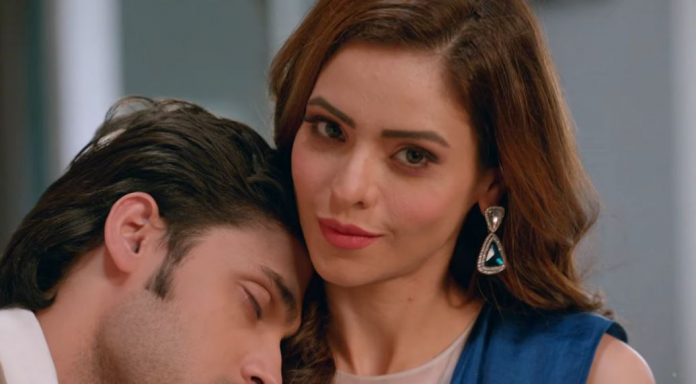 Kasauti Zindagii Ruined romance dreams for Komolika Prerna realizes that Komolika has fooled her badly. She tells Shivani that Komolika has taken away Anurag. Shivani asks her to be sure and search the farmhouse well. They switch on the lights. They try to find out about Anurag. Moloy thanks them for restoring the power supply. He asks them to stay back and travel to home in the morning. He doesn’t want to take risk since Prerna is pregnant. Prerna wants to go home. Mohini asks him to let Prerna go away. She tells Moloy that she should keep Prerna’s wish. Prerna doesn’t want Moloy and Mohini to fight. Prerna asks him to talk to Mohini. She asks Anupam about Anurag.

Anupam doesn’t know much either. Komolika calls Prerna to shock her. She tells that she knew about Prerna’s coming, so she has got Anurag to the honeymoon suite. She tells that she has planned to drug Anurag to have a romantic night with him. Prerna is worried and thinks she is too serious to plan a baby this time. She wants to find out the hotel and reach Komolika. Komolika makes her jealous. She tries hard to administer the drugs to Anurag some way. Anurag makes work excuse to stay away from her. Prerna is sure that Anurag loves her and will never accept Komolika. Anupam gets the message of the debit card transaction record.

He goes to inform Prerna about Anurag and Sonalika/Komolika’s location. Prerna gets glad to get the information. She thanks Anupam. Komolika succeeds to feed the drugged water to Anurag. He soon faints. Komolika gets a chance to romance him. Prerna and Shivani make a plan to reach Anurag. They know Komolika will obstruct them. Prerna tells that Ronit will help them in their plan. They go to Ronit’s house and fake a loud conversation to make Ronit overhear them. Prerna lies that she has hired an assassin to get Komolika killed.

Ronit believes the drama. He doesn’t know what to do. He wants to save his sister, Prerna scares Ronit so that he runs to Komolika. She plans to follow Ronit. Prerna finally reaches the hotel to hinder Komolika’s plans. Komolika tries to win Anurag and thinks that she has finally defeated Prerna. She gets a deep shock when she finds Prerna with the cops at her door.