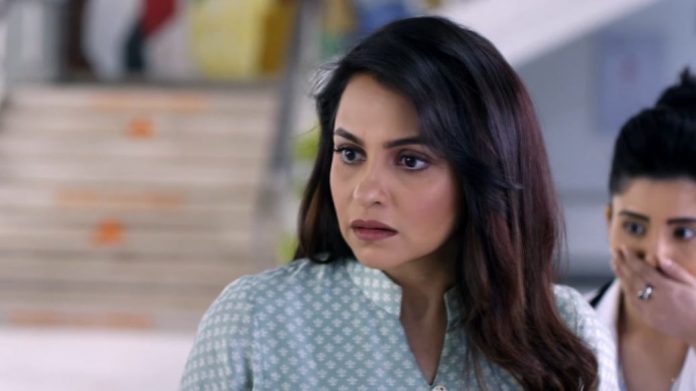 Sanjivani Shashank shocking death stuns Sid Juhi Roshni thinks of telling Sid the truth that Sid is actually Shashank’s son. She realizes that Sid has no enemy, the culprit has to be Shashank’s enemy, who is intentionally targeting Sid knowing his relationship with Shashank. She wants to alert Sid about the enemy’s intentions. She fails to tell him anything, since Sid rushes to Sanjivani on Rahil’s call. Sid and Rahil try hard to find the evidence against Vardaan. Sid knows that Vardaan is the culprit. He has to find out Vardaan’s main agenda. He also wants evidence to confront Vardaan and expose him in front of the world.

Meanwhile, Vardaan anxiously awaits Dr. Shashank to humiliate him and reveal the relationship with Dr. Sid. He wants to bring father-son duo face to face after ruining Sid’s career. He learns that Shashank is arriving soon. Juhi gets excited to meet Shashank after a long time. Anjali gets emotional when she gets a message from Shashank. She just wishes Shashank to come back and be with her. She wants to sort their issues soon. She misses him a lot. Shashank becomes the special person for whom everyone is seen waiting.

Sid tells Ishani that once Shashank comes, he will hug her and reveal the entire series of incidents plotted by Vardaan and Asha. He wants to clear his name so that he sees the same love in Shashank’s eyes for him. Ishani tries to meet Neeti. She tells Neeti that she wants her help in saving Sid’s career. She tells that she already knows Vardaan is behind this conspiracy. Neeti is scared of Vardaan. She refuses to help Ishani. Ishani is sure that truth will come out. Sid tells Ishani that Shashank treats him like a son always. He misses Shashank.

Roshni thinks to talk to Shashank before telling the truth to Sid. She cries on her fate. She arrives at the hospital. Sid warns Vardaan for his devious plans. He swears to expose Vardaan’s truth. Vardaan isn’t scared. Juhi plays the tv and watches the news of the huge accident. She learns that many people lost their lives in the bridge collapse. Vardaan gets worried and wants Shashank to live so that his revenge is fulfilled. Juhi, Sid and Anjali try to contact Sid, but in vain. Juhi asks them to be positive.

She asks the doctors to attend the casualties. Shashank’s driver is also injured. He informs them that Shashank is dead. Shashank’s loved and dear ones cry for his loss. Roshni thinks its time to tell Sid that truth so that Sid can do Shashank’s final rites as his son. Vardaan feels defeated with Shashank’s sudden shocking death. Sid, Juhi, Anjali and Ishani break down when they witness Shashank’s dead body, brought from the accident site. They can’t see him leaving forever. Roshni consoles Sid. Will Sid learn his connection with his dad? Keep reading.