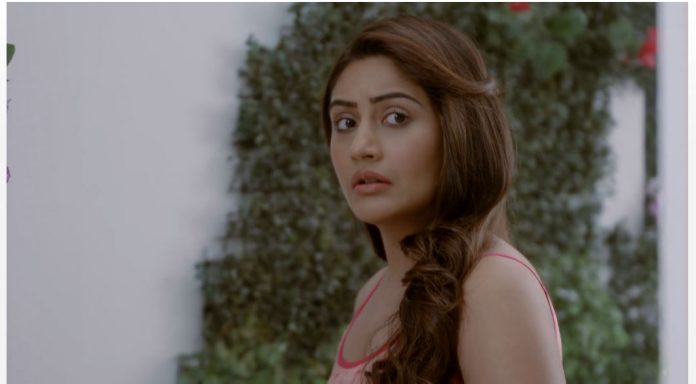 Sanjivani Upcoming Twists Dream Doc Ishani rejoins Ishani’s marriage with NV slowly unfolds. It gets known that she married NV when Sid abandoned her. Bitto Didi likes the food and thinks Ishani has prepared it. The staff tells that Ishani doesn’t know any cooking, the cook has made the food luckily. NV doesn’t think its some drawback. Bebe tells that Ishani uses her talents in saving lives. NV tells that Ishani will be treating her first patient. He wishes her for the surgery. The servant also reveals about Ishani sleeping in the guest room, separately from NV. Bitto asks NV if this is true.

NV and Bebe cover up the matter by stating about Ishani’s late night studies which may disturb NV. Bebe asks Ishani to sleep in NV’s bedroom and prepare the guest room for Bitto. Bitto finds it weird. NV conceals his marriage truth from everyone. Bitto tells that her husband will be soon coming. NV pampers Ishani. He wants her to be comfortable. Bebe asks Bitto not to interfere in NV’s married life. She tells that NV and Ishani are just giving private space to each other. NV apologizes to Ishani. He sweetly tells her that she will always decide as the boss in his house. He pays her much respect.

Ishani doesn’t get sleep. She recalls her marriage with NV. NV and Bebe wish Ishani for her first surgery after the long break. NV is sure that Ishani will do her best. He believes in her talents. Ishani realizes that she is now NV’s wife. She feels she is being wrong and unfair on him. NV tells Bebe that he knows how to treat Ishani and bring her out of the depression. He wants Ishani to move on. NV takes her to the hospital. Rishabh gets angry knowing Ishani got the surgery job when he deserved it. He feels she is getting good work since she is NV’s wife.

Rahil asks Ishani why didn’t she tell him about marrying NV. He wanted her to stay connected with friends. Ishani loses courage to perform the surgery. She tries to talk to the patient and make her choose Rishabh as the surgeon. Ishani falls in her own trick. Rishabh feels happy when she calls him the best doctor in Sanjivani. He is ready to perform the surgery. NV asks the patient’s wish. The patient asks Ishani to operate her. NV asks Ishani to keep the patient’s wish and not back out. He encourages her to break her fear.