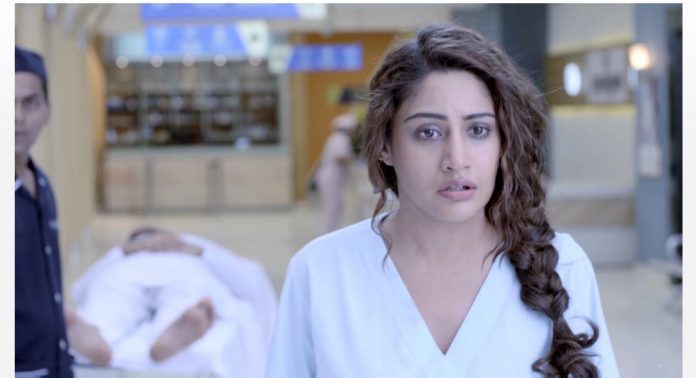 Sanjivani Sid shocking comeback as dying patient NV is glad that his plan worked. He tells Ishani that she can’t wipe her name from the board, he will write it in bolder font next time. He asks her to go for the surgery, since her duty is calling her. Ishani loses courage. Rishabh insults Ishani for trapping a rich man like NV when Sid left her. He tells Rahil that Ishani proved out to be the most cunning girl, she has become the wife of Sanjivani’s owner. Rahil tells Rishabh that Ishani is not that kind of girl to trap NV. They get into an argument. The doctors stop them from the fight.

Ishani goes for the surgery. She recalls Sid ditching her and gets much hurt. NV meets her in the OT. He finds her getting freezed again. NV motivates her. NV tells her that she can do the surgery well, she just has to believe in herself. He reminds her the past times. She tells him that she can’t operate the patient. She runs away. NV asks Rishabh to perform the surgery. He goes to find Ishani. Ishani comes across a dying patient, but doesn’t see him. Sid is the patient, who is taken away before coming in her sight. Sid’s file is taken to NV.

Ishani recalls Sid and feels like she is a big fool to believe in love. Philo consoles her and asks her to think of NV, who is her present. Ishani tells that NV is not accepted by her heart. Philo tells that Ishani is lucky to get NV, he is trying to end her fears. She tells that NV is selflessly supporting her, such people are very few. Ishani realizes NV’s goodness. NV asks Ishani not to worry, he won’t put the patient’s life in risk. He has been waiting since three years for her to get normal. Ishani wants to apologize to NV.