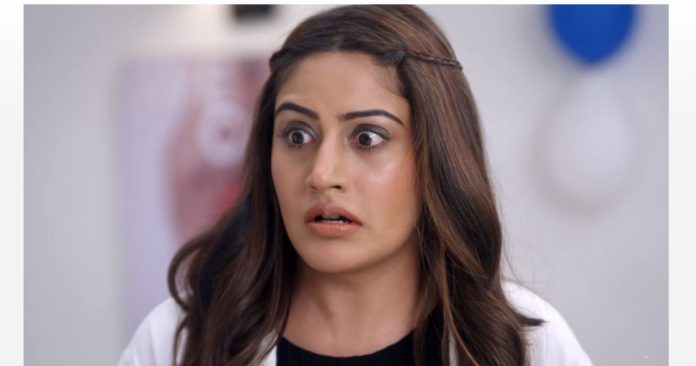 Ishani accused Sanjivani Rishabh heartless move Ishani ponders over her feelings for Sid. She thinks her love is undying for Sid, she still cares for him like she used to care before. She doesn’t know if its love, hatred or any old longing. She expresses her hatred for Sid again and again. She doesn’t want to love him again, since he doesn’t deserve her. She wants to stay away from him and focus on her work. She fights her depression and tries to stay busy. Ishani breaks down with her inner dilemma affecting her a lot. NV finds him surrounded by her questions and struggling to console herself. He asks her to forget the past and move on, by remembering her duties as a doctor in Sanjivani.

He doesn’t want her to hurt herself more by thinking about Sid’s deceive. He doesn’t think its wise that she stays trapped in the web. They learn about Sid’s critical state. NV runs to see Sid. Ishani can’t stop herself. She wants to help Sid, but feels she is the reason for his state. She stays distant. She hurts herself in her anxiety. Rahil, Rishabh and team tries to save Sid when his pulse gets sinking. They fear of losing Sid. NV encourages Ishani to attend Sid, since just she can treat him. He asks her not to give up. Ishani treats Sid and gets him back to him. Sid takes Ishani’s name and proves that he still loves her, she matters to him.

Sid’s state gets stable. NV faces a disaster. He gets the emergency call. He learns about the flyover break down. He wants his best team to go at the site and save the people. Rahil doesn’t think they have many doctors or much resources. NV motivates them to do their best and make them most of their talents. The team rushes to the accident spot. NV goes to tell Ishani that he is also going along with the doctors. Ishani cries on seeing Sid. He asks her to pass in the tests and just manage the hospital in his absence. He wants her to do her best. He briefs the team. He leaves Rishabh behind to deal with emergencies. Sid gets seizures.

Ishani is much shocked. She takes her pills to control anxiety. Rishabh asks her to help him in treating Sid, since he is getting critical. Ishani freezes. The staff informs Rahil about Sid’s seizures. NV asks Rahil to attend Sid. Rahil rushes to Sanjivani. He knows Ishani won’t be able to operate Sid. Rishabh makes a plan to get rid of Ishani. He intentionally hurts Sid during the surgery and blames Ishani for it. He wants NV to take action against her and ban her in Sanjivani. Ishani denies to commit the mistake. She worries for Sid’s bleeding state. How will Ishani save Sid? Keep reading.