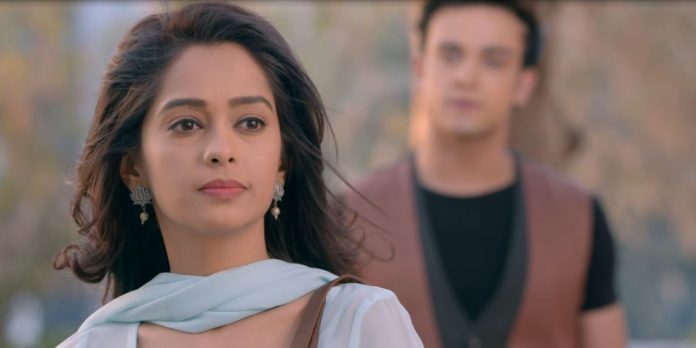 Kumkum Tonight Upcoming Saloni joins Prachi Ranbir Maya stops Prachi from meeting Saloni. Prachi learns about Saloni and wants to meet her. Aryan and Shahana think they should have told the truth to Prachi. She threatens him to ask if he loves someone. Aryan tells her that he loves his mom a lot. She asks him to swear on his mom and not tell anyone about Prachi’s plan. He assures that he won’t tell anyone. He teases her. Prachi wants to keep Maya engaged and go to meet Saloni to know the reason for enmity. She takes Maya for coffee. Maya asks Prachi about Shahana and Aryan. Prachi tells her that Shahana doesn’t listen. Ranbir spots Prachi with Maya. Prachi acts to ignore him.

Maya tells Prachi that Ranbir went just now and ignored them. Prachi asks Shahana to fight with her to send her away. She asks Shahana to argue with Ranbir and Aryan also. Prachi, Ranbir and friends start the argument. Ranbir wants to know where is Prachi going. Prachi warns Ranbir and Aryan to stay away from Shahana. Ranbir jokes on her acting. Maya asks Shahana to make Prachi help her. Shahana assures that Prachi will help her. Prachi rushes to meet Saloni. She doesn’t think Maya will tell anything about Saloni. She meets Saloni and introduces herself. She tells about Maya’s molestation case.

Saloni tells her that Maya is her enemy and she wants revenge. Prachi joins hands with her. She tells that Maya did wrong with her best friend. Rhea finds Maya with Shahana. She asks Ranbir about Maya. Ranbir sounds confident. He doesn’t care for Prachi and Shahana. He does the same drama as Prachi. Rhea gets confused. Prachi tells Maya that Saloni was telling her something about her. Maya asks Prachi not to believe Saloni. Prachi tells that Saloni told something else about the Lohri incident. Prachi tells that Saloni is also accusing Ranbir for molestation. She lies to Maya. Maya tells Prachi if she doesn’t believe her.

Prachi tells that Saloni stated that Maya got angry seeing her with Ranbir and took advantage of the matter. Maya defends herself. Prachi tells that she is also confused now. She asks Maya to make Saloni out of the matter, else it will be tough with two accusations on Ranbir. She traps Maya in her plan. Maya calls Rhea for an urgent meet. Ranbir tells Rhea that he will drop her. Rhea wants to go herself. Prachi calls Ranbir for an urgent talk. Ranbir asks Rhea to go on her own, he has a class to attend. Rhea is glad that he cares for her. Ranbir finds Aryan and Shahana in a friendly moment. He goes to meet Prachi. He gets mesmerized seeing Prachi.

He gets into a cute fight with her. She compares him with a ghost. She teases him. She tells him about Saloni, Maya’s enemy, who will help them in the molestation case to take revenge on Maya. She tells him about her plan. He asks her not to accuse him for Saloni’s molestation. He doesn’t like the idea. Maya tells Rhea that Saloni wants revenge and is posing fake charges on Ranbir to weaken her case. Prachi tells Ranbir that Maya will get scared of Saloni and react. She wants Maya to be proved as a liar. Ranbir tells her that her plan is sounding good. She hopes to get justice for him. He feels much in love.

Best Comment by Gladys:
Give us something that will keep us glued on tv with excitement,but right now it’s so boring and I haven’t been watching both soapies as they have stopped airing here in SA. I used to love watching Abhigya, but what I read online has been the same dialogue over and over again. I should think even the actor’s are also getting bored of the same script all the time. 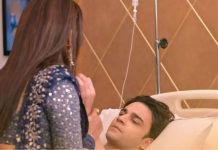