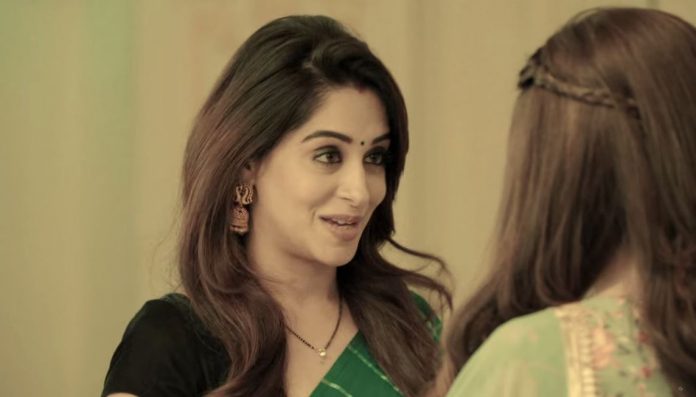 Rohit Sonakshi reunion Starplus Huge holi twists Sonakshi gets discharged from the hospital. She requests Veena to let her meet Rohit once. Veena tells her that Rohit is stable now and doesn’t need her. She asks Sonakshi to be with her family. Suman tells Sonakshi that Veena will never melt her heart. Sonakshi thinks she has to take the nurse’s get up again to go to Sippy mansion and speak to him. She wants to make sure that he is fine. Sonakshi picks up a nurse’s identity and covers her face with the mask. She tells Veena that she has to give sponge bath to the patient. Veena goes away, leaving them alone.

Rohit tells Sonakshi that Nishi is responsible for everything, its not easy to get her phone, which contains the app controlling Naren’s life. Sonakshi tells him that they can get the phone and delete the app. He tells that its not easy, since they have no password for the phone. He tells that the app would be also password protected, if Nishi knows that they tried to delete the app, then she will not take time to harm Naren. He explains the big threat. He tells that if things were in control, then he would have not ousted her from the house, he would have exposed Nishi long time back, he is just concerned for Naren, who is too helpless and unable to defend himself from Nishi’s attacks.

Sonakshi tells him that they will find some way or the other. Rohit and Sonakshi solve all their misunderstandings, and end the fake hatred drama. They realize they love each other and will always do. Rohit expresses his undying love for her. The show will have a dramatic climax, where Sonakshi will be seen saving many lives once again just like her show KPK. Rohit would be getting Darshan of real life Parvati in Sonakshi and be proud of her, while they together bring out Nishi’s truth. Ronakshi will be uniting happily while they celebrate the festive of colours Holi with Sippys and Rastogis.

Yeh Hai Chahatein:
Ahana wants revenge on Prisha. She makes Prisha fall down during the haldi ceremony. She makes Prisha get drenched in the haldi. Mishka gets a chance to laugh on Prisha. Gopal and Vasu rush to save Prisha and save her from the humiliation. Rudraksh doesn’t want Ahana to invite troubles in front of the reporters. He rushes to save Prisha. He celebrates haldi moment with Prisha. They come close in the function while playing a love drama in front of the media. Ahana and Mishka get jealous seeing Rudraksh and Prisha’s romance.