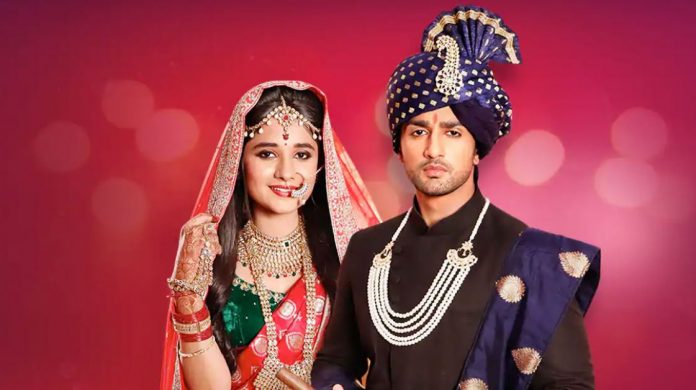 Zee5 Guddan Tumse Ganga dramatic entry Meri Gudiya Guddan wants to know Akshat’s stand on his relations. She asks him to stay happy and express his love to the person he loves. Akshat gets intoxicated after some drinks. He confesses love to Guddan. He can’t live without Guddan. Ganga hinders their romantic moment. She takes Guddan and tells that she wants to worship her. Guddan doesn’t want Ganga to pay her so much respect. Dadi asks Ganga to stop the drama.

Ganga requests Guddan to stop her and her husband at home, and not let Dadi do injustice with her. She tells Guddan that she can do anything if she wants. She praises Guddan with her cheesy talks, while Dadi and Akshat have no trust in the new members of the family. Guddan passes the challenge by stopping Akshat’s brother and Ganga at home. She makes them part of the family. Ganga plans to create problems between Akshat and Guddan. Will her decision prove to be a disaster for the family? Keep reading.

Meri Gudiya:
Madhuri gets into deep trouble. After she exposes Ratri in front of the family, she faces a new trouble when Rahu and Ketu attack her family. She gets to see Raghav’s life in danger. Soon, she finds the snakes attacking the family members. She doesn’t know whom to save first. Ketu asks her to forget about Avi, who is stuck in Pataal lok. He asks Madhuri to save her family first. Madhuri tries to protect the family.