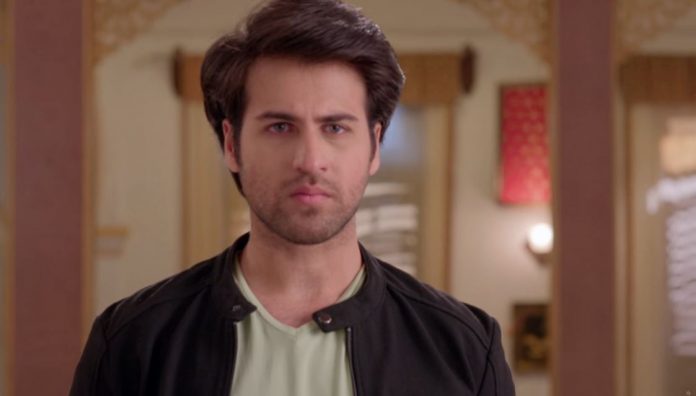 Rishtey Kunal Parul Starplus unthinkable twist Mishbir Rajvansh family plan the anniversary and inauguration event of red pears travel company. Abir and Mishti stay silent, while Kunal and Kuhu start preparing their plans. Kunal wants Kuhu to add her charm and coolness in the ideas. Nanu finds Abir upset. He knows that Abir and Mishti are affected by the family issues. He guides Abir to talk to Mishti and end their fight.

He wants Abir to not drag the matter. He gets dramatic. Abir thanks him for his guidance. Nanu doesn’t want to show attitude to Mishti, which may spoil their relation. He asks Abir to please her with some sweet words. Abir finds Kunal scolding the servant.

Nidhi tells Kunal that the staff doesn’t know Parul’s truth and thinks she is just a servant. Kunal feels bad. Abir tells Kunal that they have to get Parul her real status, they should give her respect. He tells that Parul is Kunal’s mum, he can change the situation by acknowledging her as his mum, so that everyone knows her stand. Kunal finds hard to accept Parul as his mum, since he always regarded Meenakshi as his mum. Rajshri calls Mishti for a meet. Mishti comes home to meet Rajshri. Varsha wants to know about Kuhu. Rajshri and Varsha are worried that the sisters’ fight can harm relations in Rajvansh family. Mishti lies about Kuhu.

She doesn’t want anyone to know that Kuhu did wrong and she was responsible for Abir’s state. Rajshri tells Varsha that Mishti didn’t defend Kuhu so that she doesn’t upset her in-laws. Varsha understands that Mishti did right. Rajshri wants to know the truth from Mishti. Mishti tells that Abir and she have different opinions, so she is confused. Rajshri tells her that Abir wants his family united, Meenakshi and Kunal have accepted her and proved this by naming the company to her. She asks Mishti to return back the honour to Meenakshi. Meenakshi seeks help from Kuhu. Kuhu decides her clothes.

Meenakshi promises to give her a necklace. Kuhu apologizes to her for the misbehavior. Meenakshi tells that she has forgotten about spiked coffee and doesn’t want to find the culprit now. Kunal doesn’t want Parul to be regarded a helper. He asks Abir to guide him in helping Parul. Abir asks him to give rights to Parul. He wants Kunal to find a solution himself. Meenakshi and Kunal pull Kuhu’s leg. Kuhu gives her ideas for the function. She is upset that they need Mishti’s approval from now. Meenakshi asks Kuhu not to stress. Meenakshi cares for Parul when the latter gets hurt. She tells that she will always keep the family united.

Parul tells that she supported Kuhu just to stop the fights between their Bahus. She wants Kuhu and Mishti to have same opinion. Meenakshi promises to keep their relations same like before. Mishti gets romantic surprises from Abir. He wants to convince Mishti. He does poetry of her style. She calls him for a meet. They have a cute moment of love. Abir and Mishti get seen by Meenakshi, who still disapproves Mishti. Mishti returns the company to Kunal, which makes Meenakshi glad. Abir wants Kunal to give Parul her rights. He awaits Kunal to accept Parul as his mother in front of the media. What will Kunal do? Keep reading.