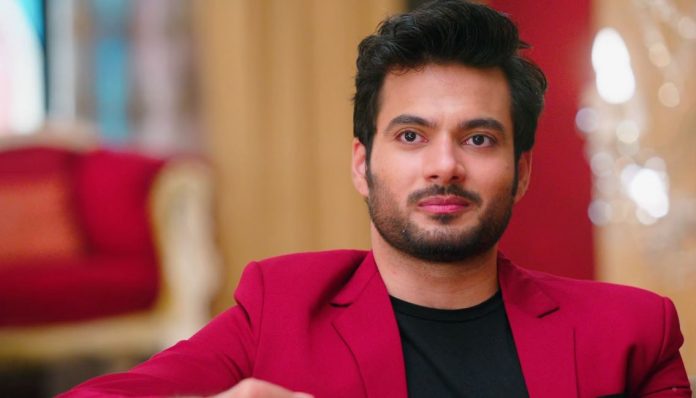 Kasautii Insult overflow Starplus Ronit entry adds twists Komolika yells at Nivedita after misunderstanding her words. She thinks Nivedita was backbiting about her. She confronts Nivedita for using her brains a lot. She shocks the Basus by her decision to fire Nivedita from her job. She tells Nivedita won’t be the CEO from now, she will be becoming the head chef for the family from now. Nivedita tries to defend that she wasn’t saying anything wrong.

Komolika tells that she will plan to snatch the land project from Prerna and fulfill the Basu city dream. She asks Nivedita why didn’t she stop Prerna from winning the auction. She tells that Nivedita failed in her work. Nivedita calls Komolika scared of Prerna. Komolika asks Nivedita to work along with the house helper. Nivedita feels insulted.

Mohini doesn’t think Komolika said anything wrong. She tries to calm down Nivedita. She reminds that Komolika had saved Moloy’s life when he needed blood units in critical state. She tells that they can’t forget Komolika’s help. Nivedita tells that Komolika always came to help them in such strange situations. Rakhi tells that she will not mess up with Komolika. Rakhi and Tapur want to secure their place in the house.

Komolika doesn’t want Anurag to have a peaceful sleep. She wakes him up and commands him to give a head massage. Komolika and Anurag have an argument. She tells him that she has called Ronit to prepare him for taking revenge on Prerna. She tells that Ronit will defeat Prerna. Anurag laughs on her plans. Prerna and Kuki drop Mr. Bajaj at the airport. They miss him and talk of him, while on the way back home. Prerna tells her that Mr. Bajaj is a gem at heart, he loves Kuki a lot, but doesn’t know to express love. Kuki misses him. She tells her that she wanted her dad’s love, but he isn’t like he used to be.

Prerna asks her not to misunderstand Mr. Bajaj. Prerna finds Veena going to a chawl. She wonders where is Veena heading. She follows Veena. She comes across her family. She finds them living in a small chawl house. She gets upset to hear their financial troubles. She is sorry that she didn’t contact them in the last eight years, she didn’t do her duties towards them. She meets them and offers help. She wants them to come with her to her house. Veena refuses to accompany her to Mr. Bajaj’s house. Prerna tells that she isn’t dependent on Mr. Bajaj, she has earned everything by her hardwork, she can take her family along with their esteem.

Meanwhile, Ronit makes an entry in Basu mansion. Komolika welcomes them. She announces the good news that Ronit is the new CEO of Basu industries. Ronit is much pleased. Mohini and Nivedita bear the insult. Komolika insults Nivedita a lot. She forces Basus to congratulate Ronit. Mohini proves that she has become emotionless puppet of Komolika. Ronit promises to make Komolika proud by working hard. Komolika asks him to defeat Prerna by snatching the auctioned land.

She tells that he has to make Basu city a reality. Ronit is much grateful to her. Nivedita is frustrated that Mohini is supporting Komolika. Komolika declares a war with Prerna. Prerna learns that Ronit is the new CEO of Basu company. She thinks its best time to strike, since her third enemy came on the front. Anurag wants to face Prerna’s hatred happily.