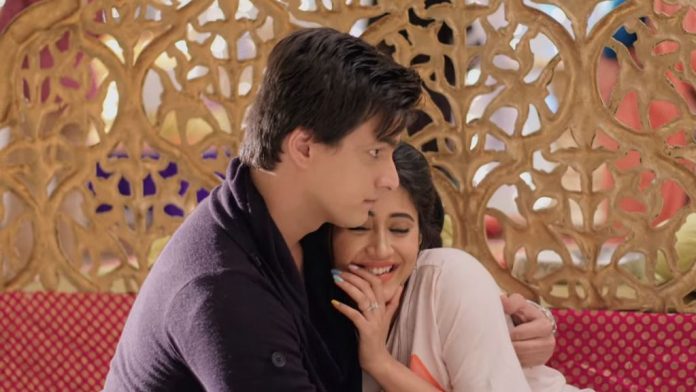 Kartik Naira Lockdown Rewind Yeh Rishta Starplus Kartik and Naira have a romantic dance moment during their engagement preparations. They plan everything once again and want things to be perfect. The elders learn about Kairav’s surprise plans for the couple. Dadi wants to see Kartik and Naira’s reaction on knowing about the toy rings. She doesn’t reveal anything to them and sends them to Kairav.

While going to Kairav, Kartik and Naira make many plans of their grand engagement. They want to exchange rings of their choice, but Kairav puts them in a fix by getting smiley rings for them. Kairav requests them to wear the smiley rings. Kartik wanted to have a moment with her, by stealing some time away from the kids.

Naira tells him that Kairav has selected the rings for them already. They try to explain Kairav that he shouldn’t be adamant about the smiley rings. They explain in a way that he doesn’t feel bad. They melt their hearts on seeing Kairav makes the rings with much love. Kairav also shows the rings made to Vansh on the video call.

Vansh likes the rings a lot. Kartik and Naira think its better to accept Kairav’s rings, since they decided to get married for the sake of Kairav. They don’t want to upset their son. They give up and decide to have the smiley rings.

Kartik and Naira then gets a surprise from Kairav during their engagement function, when Kairav brings the diamond rings for them according to their choices. They get surprised and wear the rings, completing the engagement function. Later, they have a moment which soon breaks because of Kairav and Vansh watching them. Luckily, Kairav and Vansh don’t see their romance and call them for the family celebrations.

Reviewed Rating for this particular Rewind episode Kaira engagement Kartik Naira Lockdown Rewind Yeh Rishta Starplus:5/5
This rating is solely based on the opinion of the writer. You may post your take on the show in the comment section below.