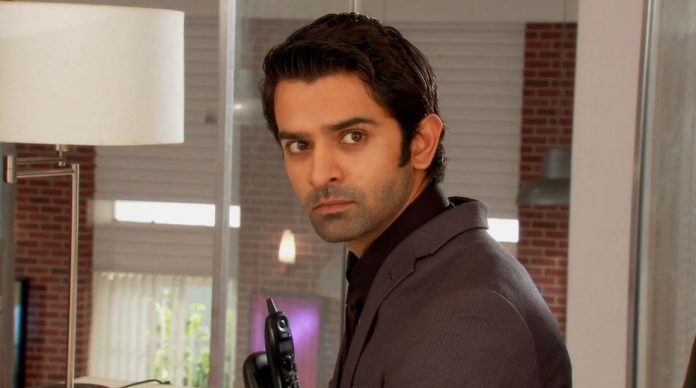 IPKKND Amazed Arnav Starplus Khushi delightful plans Arnav wants Khushi to type the letter fast and bring it to him. He asks her to type her resignation if she fails in her work. Khushi feels that her life will always be harsh. The colleagues get to know about the new task and think Khushi will be fired this time. Arnav is also sure that Khushi won’t be able to do it.

Khushi gets praying. She then begins to type the letter. On the other hand, Akash is smitten by Payal’s simplicity. He thinks that he has to meet her so that he doesn’t lose focus on his work. Nani meets him and wants to know if he is thinking about someone. Nani asks him to speak his heart like his mum does.

Akash thinks he has to speak his heart to Payal at least, he should learn expressing his feelings. Khushi returns to Arnav after completing her work. Arnav and Lavanya are sure that her English language is poor and she won’t be able to do anything. Arnav gets speechless once again. Arnav finds the letter typed correctly. Khushi tells him that she wasn’t able to write anything since he was speaking too fast, but she had recorded the dictation and then got everything written with ease. She tells Lavanya that she has done all the tasks.

Lavanya is also surprised that Khushi has done everything. Khushi tells them that she has done everything and they may command her any other task if they want to, before the day ends. She stuns Arnav by her amazing talents and work capacity. Arnav lets Khushi leave. He asks Lavanya how did Khushi manage to do the work. Khushi wins the second round as well. She finds the colleagues betting on ASR and her fight. Khushi returns home and meets Bua ji happily.

Bua ji asks her if she has done anything wrong again. Khushi gets to meet Shyam again. Shyam tells her that he has come home to stay. He surprises Khushi. Payal tells that Shyam will stay as a paying guest. He acts injured. He tells Khushi that he didn’t fight with anyone, but met with an accident. He asks her if she disliked the surprise. Khushi doesn’t tell him anything. She asks him if he is following her from Lucknow.

He laughs it off. She tells him that she has got the job from Lavanya, but at a different office. He doesn’t learn about ASR. Manorama tells Nani that she has seen few girls for Akash. Nani wants Arnav to get married too. Arnav tells Nani that he doesn’t have any interest in marriage, he already has someone in his life. Anjali doesn’t let him confess anything. She wants her husband to explain Arnav. Khushi wants to fulfill the contract and not let anyone fire her from the job.

Payal gets delighted. Shyam prepares the food for them. He asks them to have dinner. Garima enquires if there are some guests. Khushi tells her that Shyam is staying as paying guest in Bua’s house. Garima gets unsure about him. Shashi asks Khushi to take care of Payal and herself. Garima tells him that Bua shouldn’t have kept a guy at home. Shashi finds Shyam a nice person. He is sure that Shyam will be helpful for his family. He tells that his sister needs money and would have kept a tenant. He doesn’t think she has done anything wrong.

Anjali prepares the food and gets praised by Manorama. Nani taunts that Manorama doesn’t do anything well. Manorama feels trapped between them. Arnav is amazed seeing the way Khushui is performing in the office. He finds her working with confidence. Khushi wants to go home early. Arnav learns her birthday plans. He wants to spoil her plans. He doesn’t want her to go home early to surprise Payal.

Reviewed Rating for this particular episode IPKKND Amazed Arnav Starplus Khushi delightful plans: 4/5
This rating is solely based on the opinion of the writer. You may post your take on the show in the comment section below.