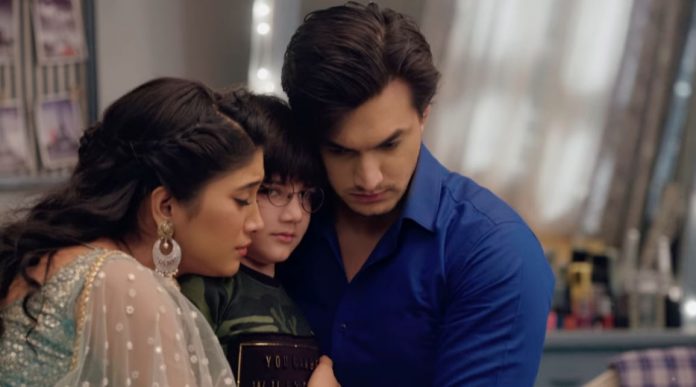 Starplus Prime Yeh Rishta highlights Social messages It recently had the track focussing on the kids’ upbringing. The need to direct the children towards the right is shown by the track where Lav and Kush try to manipulate little Kairav and Vansh into doing wrong activities. Lav and Kush were shown as spoilt brats.

They further spoil the little kids and make them sneak in alcohol for their friends. The kids unaware of their real intentions become their puppet and work out their bad tasks. Little kids with a clean heart and soul become a target of the grown up youth with bad mentality residing in the same house.

The show brings the need to reform the wrong in time and not let the kids get influenced by the evil. Naira senses it first when Kairav starts behaving indifferently. She shares her doubts with Kartik, about Kairav becoming too rigid. Kartik doesn’t think of Kairav getting spoilt by Lav and Kush’s wrong leading. He believes that his brothers are right, since they behave matured and righteous in front of the family. They present a different self in front of Kartik. Naira gets to see their dual faces and understands that they are hiding their bitter face by the sweet behavior.

Before Naira takes the step to make Kairav away from them, the wrong effect starts speaking. Kairav gets hurting the staff and misbehaving with disrespectful streak. Naira then makes Lav and Kush stay away from the little children, whose minds are too tender to follow anything they are fed with. Naira fights another battle to get her son back. The wrong influence captures Kairav’s mind, who thinks being unlawful is the new cool thing. Kartik and Naira fight the battle as Kairav’s parents.

They win their son finally, after Kartik meets with an accident and Kairav fears of losing both his parents. Kairav’s neutral side becomes a moment of joy for Kartik and Naira. Kairav’s track ends after Lav and Kush are sent to the jail for their crime. The show is currently on break due to the pandemic situation. What do you think about the Starplus Prime Yeh Rishta storyline to always focus on the social messages thing? Shoot down your comments in the section below.